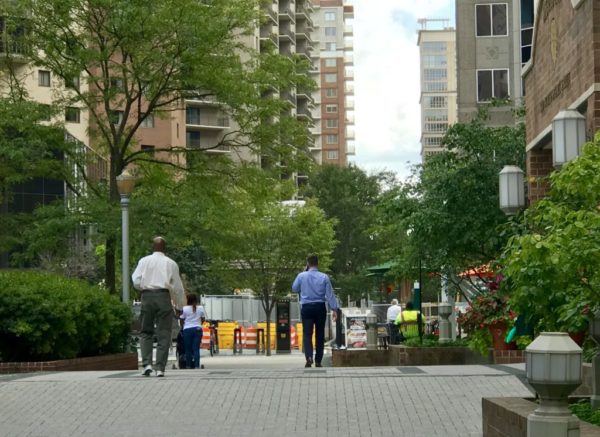 Pentagon Ricin Case Update — “Letters sent to the White House and the Pentagon did not contain a finished form of ricin, law enforcement officials said Wednesday, but did contain a primitive form or precursor… A man was arrested in Logan, Utah, on Wednesday in connection with [the] suspicious letters.” [NBC News, NBC News]

Candidates Call for Speedier Lee Highway Planning — “Indications are pointing to redevelopment of significant portions of the Lee Highway corridor through Arlington beginning to gather steam. But is the Arlington County government going to be left behind as the process grinds on? The two candidates for County Board say the local government needs to get moving on its efforts to lead a comprehensive effort in helping plan the corridor’s future.” [InsideNova]

GMU ‘No Scooter Zone’ Nixed — George Mason University “recognizes the popularity of the scooters, so it is softening the message, [spokesman Buzz] McClain said. ‘I think the ‘no scooter zone’ sign got the attention of a lot of people, a little exclamatory. So we’re gonna tone down the messaging and say, ‘park the scooters over by the bikes,’ and that’s it.'” [NBC Washington]

Tonight: Family Film Showing in Clarendon — “Join Market Common Clarendon each Thursday in October starting at 6:30 p.m. for a FREE family-friendly movie on The Loop! Pre-movie fun begins at 4:30 with face painting and balloon twisting and free popcorn and candy from 6-8 p.m.” [ARLnow Events]

Arlington’s Pros and Cons Compared to Tysons — “‘Arlington has old office spaces with bad floor plans,’ said [GMU Professor Stephen] Fuller. ‘That’s sending people out to Tysons, which has newer office space… [But] when Amazon was looking at Northern Virginia, they were looking at Crystal City, not Tysons. Tysons just doesn’t offer lifestyle that they’re looking for.'” [Tysons Reporter]

(Updated at 1:45 p.m.) A man suffered injuries that are reported to be life-threatening after an on-the-job accident in the Old Glebe neighborhood. Police and medics were dispatched to a…

Included in the latest Open Houses is a 3 BD/2.5 BA brick townhome with a gas fireplace and two garage parking spaces.