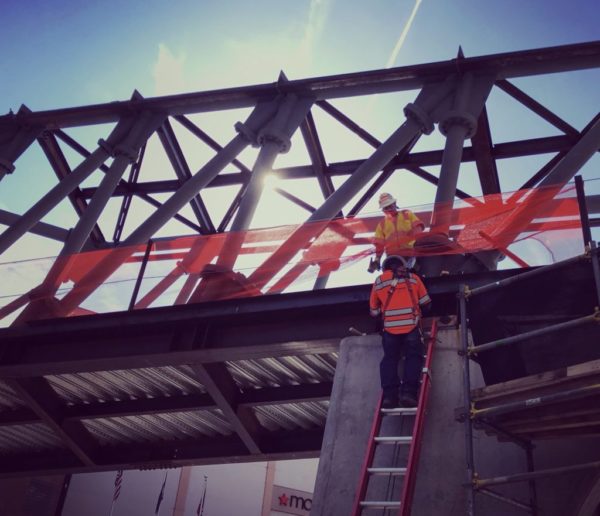 Baby Boy for Cristol — Arlington County Board member Katie Cristol gave birth to her first child, a baby boy, this past weekend. She plans to call in to Saturday’s County Board meeting and participate in the crucial Amazon incentive package vote. [Twitter]

VRE Plans Moving Forward — “Virginia Railway Express is moving forward with plans to build an expanded Crystal City Station, a key step needed to expand and improve service. The VRE Operations Board is due to vote Friday to allow contracting to move forward for engineering work based on the already approved concept design.” [WTOP]

New Leases in Rosslyn — Earlier this week Monday Properties announced the signing of three lease deals at 1100 Wilson Boulevard, one half of its Rosslyn twin towers. The firms leasing new space are The Health Management Academy and Trilogy Federal LLC, while WJLA owner Sinclair Broadcasting is expanding its existing space. [Monday Properties]

Nearby: Gentrification Fears in Arlandria — “Concern of rising rents and gentrification have always been present in the Arlandria neighborhood, which sits between South Glebe and West Glebe roads and ends at Potomac Yard. Amazon.com Inc.’s plan to move to nearby Arlington has only intensified those worries.” [Washington Business Journal]

Being a small business owner is tough and sometimes, for any number of reasons, you need to sell what you’ve built. Even a large and affluent market like Arlington is…