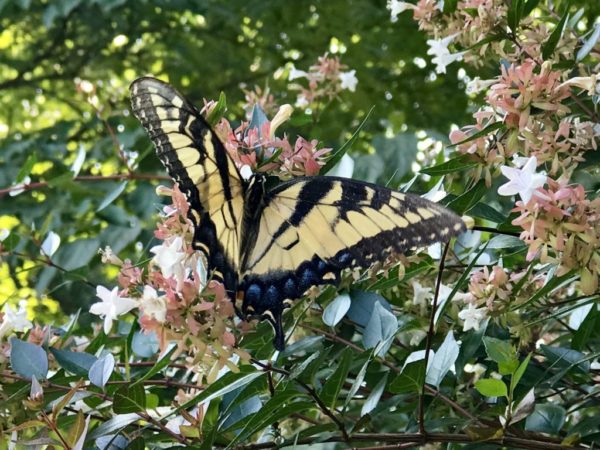 Disaster Declaration May Be Coming Soon — “A disaster designation based on damage assessments in Arlington County would allow homeowners and businesses in Alexandria, Arlington and Fairfax County to apply for low-interest federal loans beginning as soon as next week to help pay for repairs. Fairfax County Emergency Management Coordinator Seamus Mooney expects the designation to be approved within the next two weeks.” [WTOP]

Changes Proposed for Pentagon City Hotel — “The owner of the DoubleTree by Hilton in Crystal City is gearing up for a play to capitalize on the 627-room hotel’s proximity to Amazon.com Inc.’s second headquarters. Tom Baltimore, CEO of the hotel’s owner, Park Hotels & Resorts (NYSE: PK), told analysts on its second-quarter earnings call Thursday that the hotel is one of several the company is evaluating as possible redevelopment opportunities.” [Washington Business Journal]

Video: Dark Star Park Day — A timelapse video captured the moment on Thursday morning when the shadows lined up at Rosslyn’s Dark Star Park, as happens once a year on Aug. 1. [Twitter]

Arlington Boy Lives Dream in Boston — “There was a special visitor to the WBZ Weather Center on Thursday. Noah Coon from Arlington, Virginia is a big weather fan and stopped by the studio thanks to Dream On 3. Noah has cerebral palsy and was in Boston to visit the Red Sox. Because he’s also a fan of meteorology, he came to visit the WBZ weather team.” [WBZ]

Video: Yorktown vs. W-L — Just published online: “Long-lost footage of the famous Nov. 5, 1970, mud bowl football game between the Yorktown High School Patriots and the Washington-Lee Generals. Yorktown was favored with a 9-0 record but W-L won 12-0 and earned the Potomac District championship. [YouTube]