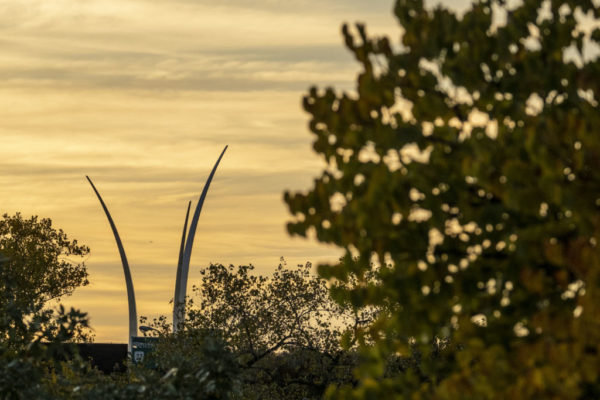 Dorsey Declares Bankruptcy — “Arlington County Board Chair Christian Dorsey, who was penalized Thursday for failing to disclose a campaign contribution to the Metro board in a timely manner, filed for bankruptcy last month after falling behind on his mortgage and accruing tens of thousands of dollars in credit card debt… he attributed his personal financial troubles to a drop in income since he was elected to the five-member Arlington board four years ago.” [Washington Post]

Arlington Among Best Cities for Frugal Dating — Arlington is No. 17 on a new list of “the best cities in the country for budget-friendly dating.” [SmartAsset]

County Aiming for More Budget Feedback — “This week marks the beginning of the FY 2021 budget season, Arlington County’s process to decide how it will spend County dollars. From now through July 2020, you will have multiple opportunities to provide input and inform decisions about the County’s operating budget and capital budget.” [Arlington County]

County Football Teams May All Make Playoffs — “Depending on the outcome of final regular-season games on Nov. 8, there is a possibility that the Wakefield Warriors, Washington-Liberty Generals and Yorktown Patriots could all end up as district football champions. Wakefield (5-4, 4-0) and Yorktown (8-1, 4-0) are in sole possession of first place currently in the National and Liberty districts, respectively, and are guaranteed at least co-championships if they lose Nov. 8.” [InsideNova]

Yorktown Field Hockey in State Tourney — “It took a while, but when the stakes became the highest, that’s when the Yorktown Patriots started playing their best field hockey of the 2019 campaign, in what has become an historic season for the girls team… By reaching the region final for the first time in program history, Yorktown also earned a Virginia High School League Class 6 state-tournament berth, also for the first time.” [InsideNova]

DJO Runners Win State Title — “After not winning the state championship the past two seasons, the Bishop O’Connell Knights have returned to that throne this fall. The girls high-school cross country team won the 2019 Division I state private-school crown Nov. 7 in Mechanicsville by dominating the field with 46 points.” [InsideNova]

Nearby: Potomac Yard Plan Takes Shape — “Just a few days after submitting plans for the Virginia Tech site near the North Potomac Yard Metro station, JBG Smith has submitted early concept designs for the development that will replace Target and the other Potomac Yard stores.” [ALXnow, Washington Business Journal]