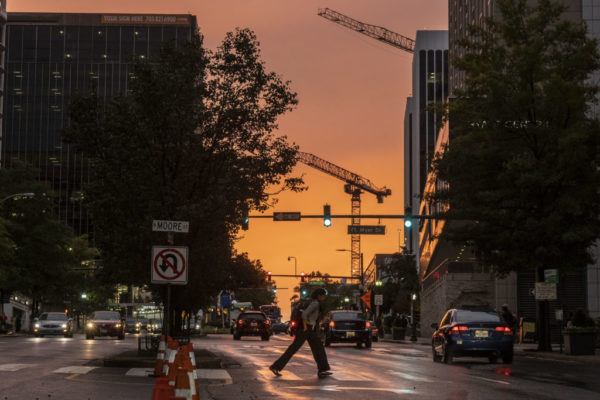 Dorsey Staying Put, For Now — “The chairman of the Arlington County Board says he’s not going anywhere… ‘My personal financial issues do not impinge on my ability to work with colleagues both in Arlington and throughout the region, our county staff and our community,’ Dorsey said. ‘I intend to demonstrate over the next four years those who voted to re-elect me did not make a mistake.'” [InsideNova]

RiverHouse Plans Pick Up Opposition — “JBG Smith’s plans to add nearly 1,000 new housing units to its RiverHouse Apartment Complex in Pentagon City, not far from the future home of Amazon’s second headquarters, now look to be in trouble. Arlington officials and neighbors are pushing back against the developer’s proposal.” [Washington Business Journal]

Police Chase Theft Suspect in Rosslyn — “Two suspects allegedly entered a business, concealed merchandise in bags and left without paying. An employee attempted to confront the suspects outside the business and, following a brief scuffle, the suspects fled the scene on foot. A lookout was broadcast by dispatch and a responding officer observed two individuals matching the suspect descriptions walking in the area. One suspect complied with the officer’s commands to stop while the other suspect fled.” [Arlington County, Twitter]

One Argument for ‘National Landing’ — “In 2018 when Amazon announced it would locate its new headquarters in National Landing, people familiar with Crystal City scratched their heads and said ‘that’s not a real place.’ But the name Crystal City itself was also an out-of-nowhere developer creation about 60 years earlier… Before it was Crystal City, it was Brick Haven, so named for its abundant brick factories.” [Greater Greater Washington]

Restaurants Still Waiting for Amazon Effect — Restaurant owners in Crystal City are excited about Amazon’s arrival in the neighborhood, but are not yet seeing tangible benefits in the form of increased business. [Washington Business Journal]

CEO of A-SPAN Retiring — “A-SPAN announces the retirement of its President & CEO, Kathy Sibert. After leading the organization for 11 years, Sibert will continue her role through January 31, 2020. Sibert became the President & CEO of A-SPAN (Arlington Street People’s Assistance Network, Inc) in 2008.” [Press Release]