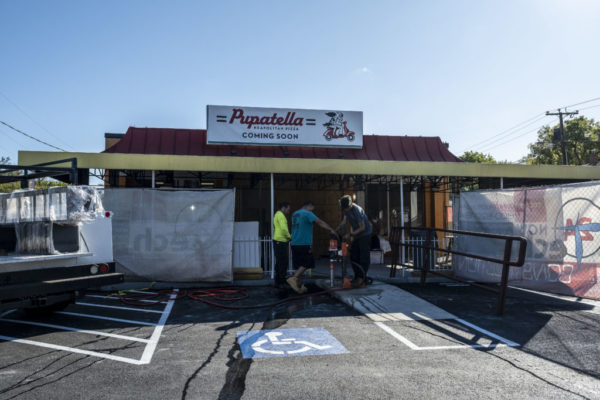 One of Arlington’s most successful restaurants will open its second location very soon.

The Neapolitan pizzeria Pupatella, which opened its first brick-and-mortar restaurant in Bluemont in 2010, is expected to open at 1621 S. Walter Reed Drive next week.

“This week is training,” manager Anastasiya Laufenberg told ARLnow. “We should be opening next week. The community support has been great.”

Hopefully the new location will have better luck than past businesses at that address. A string of restaurants there who quickly shuttered after opening have given the Walter Reed corner the reputation as Arlington’s restaurant “Bermuda Triangle.”

Pupatella currently has two additional locations outside of Arlington, in Richmond and Glen Allen, Virginia.

Heading into 2020, Pupatella has also announced plans to eventually open a 2,700 square foot location at 1821 Wiehle Avenue in Reston as part of a new expansion push fueled by a $3.75 million investment.

Earlier this week, the restaurant introduced two “Pizza Lovers” wines, a red Merlot/Cabernet blend and a white Pinot Grigio-Chardonnay blend, to pair with its pies.