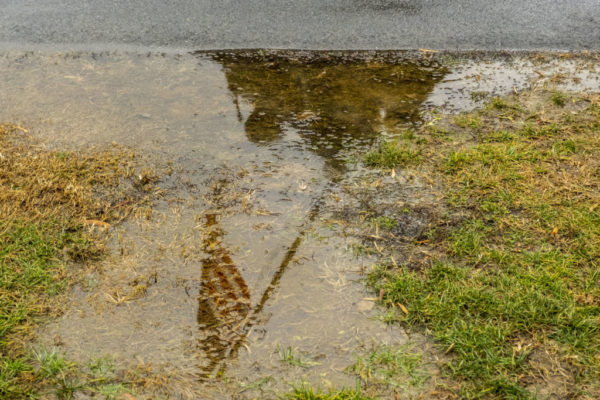 Pike Lane Closures Prompt Apology — “Arlington County Manager Mark Schwartz has apologized that residents, business owners, and commuters weren’t informed how their lives would be temporarily affected by a road construction project on Columbia Pike, near the Fairfax County border,” per WTOP. County officials will be holding a press briefing about the lane closures on the Pike this morning. [WTOP, Arlington County]

Park Near HQ2 May Have Security Features — “Amazon.com Inc. is weighing methods for securing its second headquarters and appears to be looking across the pond for ideas. The U.S. embassy in London… avoids fences in favor of a number of ‘defense strategies’ disguised as a ‘welcoming landscape that is experienced as a public park,’ an Amazon representative told Arlington County officials.” [Washington Business Journal]

Ballroom Closing Is a Changing of the Bro Guards — “The millennials who do end up in Arlington are being drawn to a new generation of bars and nightspots, many of which are run by chef Mike Cordero and partner Scott Parker, including the bustling three-level tequila/tacos restaurant Don Tito… Clarendon may always have a place for the venerable Whitlow’s on Wilson, where the combination of a roof deck and cover bands makes it the most likely refuge for those missing the Ballroom… But it’s clear that Clarendon — at least, its bro-centric archetype — will never be the same.” [Washington Post]

Alabama Man Busted With Loaded Gun at DCA — “An Alabama man started the new year on a sour note when he brought his loaded handgun to Ronald Reagan Washington National Airport (DCA) on the first day of the new year.” [Transportation Security Administration]

‘National Gateway’ Building Sold — “An affiliate of The Meridian Group has sold part of its National Gateway campus in Arlington County, one of a handful of office properties poised to benefit from an expected surge in demand tied to Amazon.com Inc.’s second headquarters. The Bethesda developer sold National Gateway II, a roughly 238,031-square-foot building at 3550 S. Clark St., for nearly $60 million.” [Washington Business Journal]