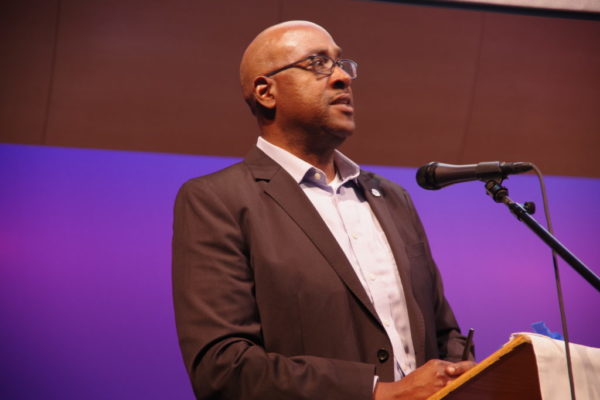 Christian Dorsey’s four colleagues on the Arlington County Board are “disappointed” in him and “considering what, if any, are the next appropriate steps to take.”

That’s according to an email from Board Chair Libby Garvey, sent to a constituent who expressed concern about Dorsey’s conduct and obtained by ARLnow.

Dorsey, who’s currently in personal bankruptcy proceedings, resigned from the Metro board last week after it was revealed that he had not returned a $10,000 political donation from Metro’s largest labor union, as he had been directed to do after being found to have violated Metro’s ethics rules.

Dorsey later told ABC 7 that he does not have the funds to repay the donation, but still plans to do so eventually. He also told the TV station that he has no plans to step down from the County Board.

ARLnow reported last week that Dorsey only had a few thousand dollars in his campaign account at the end of 2019, after paying himself and his wife $25,000 in the form of loan repayments and compensation for work on the campaign, respectively. (He is not accused of any legal wrongdoing.)

In the email to concerned constituents, below, Garvey said Dorsey showed a “lack of judgement” with respect to the $10,000 donation. It does not mention the bankruptcy or other campaign finance matters.

On behalf of my colleagues on the County Board, thank you for writing regarding Christian Dorsey’s failure to return the $10,000 contribution to his campaign from a union of Metro workers.

Mr. Gutshall, Mr. de Ferranti, Ms. Cristol and I understand your concerns and are deeply disappointed in our colleague’s lack of judgement. We appreciate hearing from you. The views of our residents are always important to us, but particularly on this serious matter.

As you may know, Mr. Dorsey has stepped down from the Metro Board. He has told us he fully intends to return the $10,000 donation as soon as he is able. We are considering what, if any, are the next appropriate steps to take. We are very disappointed in Mr. Dorsey’s lack of judgement in accepting the donation, failing to report it in a timely manner, and not returning it in a timely manner.

“Christian is a real asset to this board, to this community — we’re lucky to have you,” she said.

A county spokeswoman confirmed the authenticity of Garvey’s email but declined to provide additional comments.