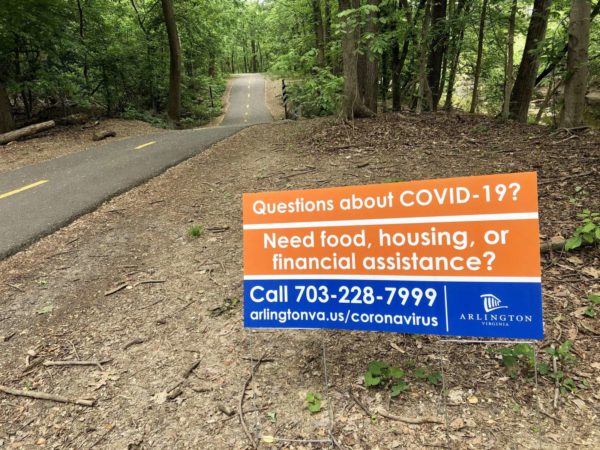 Ballston Macy’s Property for Sale — “The Macy’s department store in Ballston is being offered for sale and possible redevelopment as the national retailer moves forward with plans to close underperforming locations across the country. Cushman & Wakefield recently began marketing the store at 685-701 N. Glebe Road to buyers on the company’s behalf.” [Washington Business Journal]

Arlington Firms in Fortune List — Five Arlington-based companies are in the latest Fortune 1000 list of the largest companies in the U.S., including: AES (#310), CACI International (#549), E*Trade Financial (#755), Graham Holdings (#795) and AvalonBay Communities (#912). Amazon, which is building its second headquarters in Arlington, is #2. [Fortune]

More Millions for Snag — “Snag Holdings Inc., the Arlington parent company of hourly jobs board Snag, has raised $8 million in new funding, according to a new Securities and Exchange Commission filing… The company had raised about $10 million in debt funding in February 2019 and has raised a total of about $141 million over its lifetime.” [Washington Business Journal]

Synetic Pivots to Plague Play — “Synetic Theater’s final production of the 2019-20 season will feature a work that may be more than 650 years old, but has a certain resonance in the modern day… Written in Italy in response to The Black Plague of 1347-51, ‘The Decameron’ is structured as a collection of 100 tales told by a group of young people sheltering in a secluded villa just outside Florence to escape the pandemic.” [InsideNova]

Pentagon Officer Back Home After COVID Battle — “Patrick Bright is one of the most grateful people in the D.C. region tonight. He’s home from the hospital after a grueling six weeks fighting COVID-19… ​​​​​​​Friday’s homecoming was enough to inspire a hearty greeting from a convoy of Pentagon police officers who welcomed Bright — one of their own — home.” [Fox 5]

Emergency Power Proclamation Modified — “County Board members this week are expected to adopt an updated proclamation of a community emergency.” The new proclamation removes “a provision that potentially would have shunted aside the county government’s Long Range Planning Committee and various review committees that consider the implications of new development.” [InsideNova]