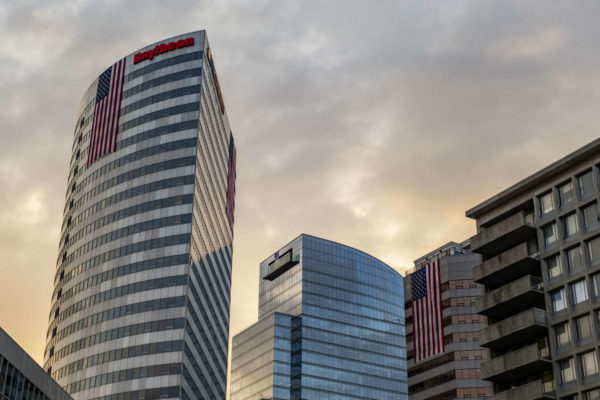 Parent Group Calls Out APS — From the Black Parents of Arlington: “In addition to tracking incidents of racism, APS needs to implement mandatory anti-racism and implicit bias training for all teachers and staff throughout the system on a regular basis. Moreover, APS must begin to track incidents of racial and ethnic hostility and make these findings public. The time is now. We will no longer wait. Arlington’s Black children deserve better.” [Facebook]

Pizzeria to Open Next Month in Clarendon — “A storied Connecticut pizza shop is making one of its biggest moves, opening a new location in Arlington’s Clarendon neighborhood next month. Colony Grill is gearing up to debut Oct. 13 with a 5,200-square-foot space, taking over at 2800 Clarendon Blvd. for the Gallery Clarendon art installation pop-up that shuttered in February. The restaurant offers seating for 170 guests in three different areas.” [Washington Business Journal]

New Potomac Bridge Moving Forward — “With the state budget in tatters and commuter levels at record lows, now might hardly seem the right moment for Virginia to embark upon a $1.9 billion rail project. However, the recent conclusion of the Long Bridge’s environmental impact study has cleared the way for the commonwealth to do just that.” [Virginia Mercury]

Eagle Scout Project at Fire Station 5 — “A special project is taking shape to honor the victims of September 11th.
A piece of steel from the World Trade Center was brought to the Arlington County Fire Department nearly ten years ago. Now, a local high school senior and aspiring Eagle Scout wants to transform the area into a place where people can gather.” [WUSA 9]

Arlington Man Jailed in Belarus — “A U.S. diplomat warns that her Belarusian American husband’s health is in ‘immediate danger’ following his late-July arrest by security forces of the authoritarian Belarusian President Alexander Lukashenko. Vitali Shkliarov, a political analyst and dual citizen who worked on the presidential campaigns of both Barack Obama and Bernie Sanders, was detained while visiting his parents in his hometown of Gomel, Belarus, in the runup to the country’s Aug. 9 presidential elections.” [NPR]

County Reaffirms Fair Housing Commitment — “Arlington will continue to follow the federal government’s 2015 Affirmatively Furthering Fair Housing rule, despite the federal government’s July 2020 action to rescind that rule within the U.S. Department of Housing and Urban Development, the County Board said in a resolution approved at its September 15 Recessed Meeting.” [Arlington County]

Local Historian Dies — “It is our sad duty to announce the passing of beloved historian Ed Bearss, one of the legends of the battlefield preservation movement and a long-time member of the American Battlefield Trust board.” [National Parks Traveler, Twitter]