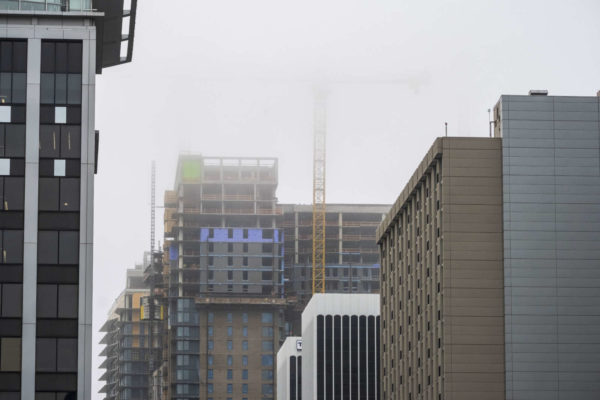 Crystal City Parking Lot Staying Put — “Crystal City has been a scalding hot market for new development ever since Amazon.com Inc. moved in — but one well-positioned lot will continue to sit empty for the foreseeable future. Gould Property Co., which owns a small parking lot at 2661 S. Clark St., filed a request with Arlington County last month asking for permission to maintain the property as surface parking through early 2026.” [Washington Business Journal]

Westover Apartment Building Named — “Kathleen Sibert, who led the Arlington Street People’s Assistance Network (A-SPAN) from 2008 until earlier this year, will remain a permanent part of the organization through a facility named in her honor… Located in Westover, Sibert House is designed to provide permanent-supportive housing and a foundation to help individuals achieve better health, overcome substance abuse and mental illness, obtain job security, and attain their goals.” [InsideNova]

Schools Also Facing Budget Gap — “Superintendent Durán said that APS is facing an estimated budget gap at this time of between $24 million and $31 million. The APS budget gap continues to fluctuate and is based on continued unknowns including more possible revenue loss, more possible savings and more costs as APS works to return students to in-person learning while continuing to provide distance learning. The school district is examining its current practices and reviewing the budget.” [Arlington Public Schools]

Arlington Water Facts — “In a year, Arlington residents use some 8 billion gallons of water. That’s about a trillion 8-ounce glasses of the stuff. Clean, safe and always at the ready.” [Twitter]

Real Estate Costs on the Rise — “Not only are home prices on the rise across the Washington area; the average cost on a per-square-foot basis continues to grow, too… In Virginia, Arlington led the pack, with its average per-square-foot cost of $455 up 4.4 percent from $436.” [InsideNova]

Airport Concession Sales Way Down — “Roughly 33 concessionaires were open at Reagan and 44 at Dulles, or just over 40% of all shops in the two airports… the shops that are open are still struggling with very low foot traffic and a customer base that is spending less than normal. Sales per passenger were down 20% at Reagan National and 22% at Dulles in August compared to the same month of 2019.” [Washington Business Journal]

Arlington Early Voting on Irish TV — “Irish TV RTÉ was in Courthouse filming the early voting for the election.” [@Irelands4Courts/Twitter]