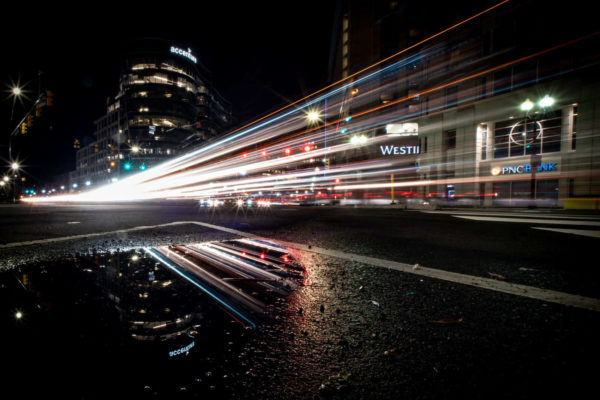 Market Common to Ditch Driveway? — “The loop road through the heart of Regency Centers Corp.’s Market Common Clarendon project could soon look a lot more like a plaza. The developer is pitching a series of changes to the central hub of the development… to try and make the area a bit more pleasing for pedestrians. That includes closing off to vehicular traffic the end of the U-shaped road connecting many of the development’s shops to Clarendon Boulevard.” [Washington Business Journal]

Beyer Statement on Trump Tape — “This recording makes Nixon’s ‘smoking gun’ tape sound tame, but that tape captured only one part of a larger criminal conspiracy. Donald Trump must be held accountable for his illegal acts and his attacks on the Constitution. Nothing less than a criminal investigation will serve.” [Press Release]

Affordable Housing Nonprofit Buys Crystal House — “The Washington Housing Conservancy has acquired the Crystal House apartments in Arlington County in a bid to help combat rising rental rates as Amazon.com Inc. continues to expand its second headquarters nearby. The District-based nonprofit on Dec. 31 notified residents of the complex at 1900 S. Eads St. of the acquisition.” [Washington Business Journal]

Local Basketball Ref Shortage — “Players, coaches and school administrators aren’t alone in making adjustments to hold a high-school basketball season in Fairfax and Arlington counties, which began Dec. 21 with many restrictions and protocols to follow because of the COVID-19 pandemic.” [InsideNova]

Pentagon City-Based FLIR Acquired — “Teledyne Technologies Incorporated and FLIR Systems, Inc. jointly announced today that they have entered into a definitive agreement under which Teledyne will acquire FLIR in a cash and stock transaction valued at approximately $8.0 billion.” [FLIR via Potomac Tech Wire]

Rosslyn-Based Politico Buys Energy Publication — “POLITICO, the world’s leading global news operation and information service specializing in politics and policy, today announced that it has entered into an agreement to acquire E&E News, the renowned news organization focused solely on energy and the environment, now in its 22nd year.” [Politico]