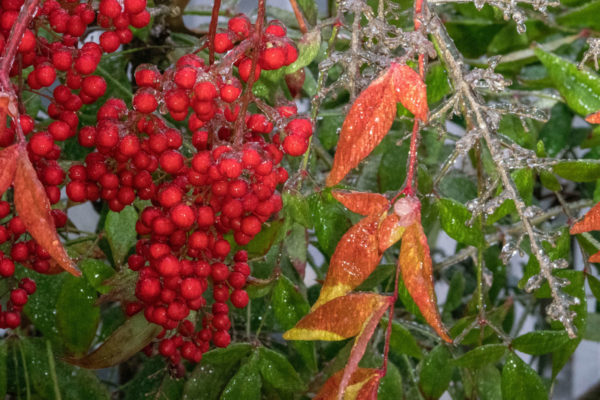 Another Snowstorm on the Way? — “Confidence is growing in a messy mix of wintry precipitation in the Washington region Thursday, the latest in a parade of wintry weather events since late January… Parts of the region could see significant amounts of snow and/or ice before a possible change to rain. The precipitation, which may be heavy at times, is likely to continue into Thursday night or very early Friday morning.” [Washington Post]

More Details on Pike CVS Development — “Last summer, the public caught wind of upcoming plans to redevelop the Fillmore Gardens Shopping Center on Columbia Pike in Arlington. Now… [a] rezoning application has been filed to apply Columbia Pike-specific zoning to the property at 2601 Columbia Pike (map) in order to deliver The Elliott, a six-story building with 248 apartments with a new CVS pharmacy and a grocery store on the ground floor.” [Urban Turf]

Equinox Isn’t Coming to Clarendon — “An affiliate of Regency Centers Corp. has sued an affiliate of upscale fitness chain Equinox for more than $20 million for allegedly pulling the plug on a planned location at the Market Common retail center… Clarendon Regency IV LLC sued Equinox Clarendon Inc. in U.S. District Court in Alexandria in mid-November for breaching the terms of its lease for space on the first and second floors of the nearly 68,500-square-foot building at 2801 Clarendon Blvd.” [Washington Business Journal]

Capitol Police Officer Died in Arlington — “Smith returned to the police clinic for a follow-up appointment Jan. 14 and was ordered back to work, a decision his wife now questions… Police found him in his cherished Ford Mustang, which had rolled over and down an embankment along the George Washington Memorial Parkway, near a scenic overlook on the Potomac River. He was the second police officer who had been at the riot to take his own life.” [Washington Post]

Reaction to Senate Trump Vote — Arlington’s Congressional delegation expressed disappointment with the acquittal of former President Trump in the Senate impeachment trial. Said Sen. Mark Warner (D-Va.): “A bipartisan majority of Senators voted today to send a clear message to future presidents that conduct of this nature is impeachable, intolerable and disqualifying. When the history books on this moment are written, I believe that judgment will be clear.” [Blue Virginia]

Solving Arlington’s Hunger Problem — “The pandemic has made it harder for many Americans to feed their families. After the COVID-19 outbreak, Arlington’s Department of Human Services estimated nearly 16,000 residents needed food assistance. Now the Capital Area Food Bank estimates 26,000 are at risk of hunger in Arlington. County leaders have a plan to help.” [WJLA]

Southwest Air ‘Love’ Story at DCA — “And of course, there’s the inspiring story of Reecie and Imani. Reecie met Imani in 2018 after Imani requested that her plane return to the gate [at Reagan National Airport] before taking off. Imani was the maid of honor in her best friend’s wedding, but she was too nervous to fly.” [Twitter]

Jenna Bush’s Worst Date Happened in Arlington — “Hoda Kotb asked Jenna about her worst first date ever and boy, did the story deliver. ‘My worst first date involved the Secret Service, let’s just leave it at that,’ Jenna said, laughing…. She explained that they were in Arlington, Virginia, where her now-husband was living at the time. He had realized he was running out of fuel, so he tried to get to a corner gas station that was up a slight hill. ‘He started to go up the hill and then booooop, crash.'” [Today Show]