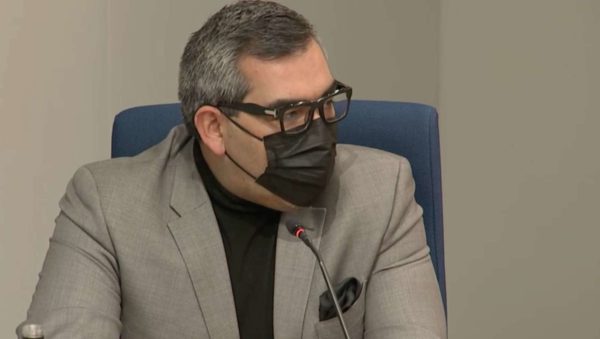 (Updated at 11:30 a.m.) For his first budget as Superintendent of Arlington Public Schools, Francisco Durán said he is proposing a conservative budget “that reflects our most urgent needs.”

The 2022 budget for APS, which he presented to members of the School Board on Thursday, comes to $704.4 million in expenditures and $661.9 million in revenue. APS, which has expected budget gaps in years past, is expecting a $42.5 million shortfall for its next fiscal year.

“We are facing very unique challenges as our school division works through the pandemic and what is to come,” Durán said. “Over the past year, we have seen the impact that this has had on our local economy and significant losses in revenue in Arlington.”

The county will be transferring $529.7 million to APS, which is $5.1 million higher than the 2021 fiscal year, according to a county budget presentation document. County Manager Mark Schwartz presented his proposed budget two weeks ago. 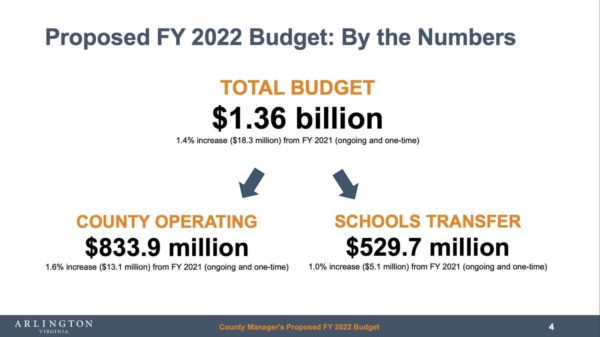 APS could make up some of the gap with funding from the Biden administration’s $1.9 trillion American Rescue Plan, Durán said. The school system is projected to receive $20.5 million in funding from the plan, which House Democrats passed last week and sent to the Senate.

The government will likely require the funds be allocated to health and safety and learning loss, he said.

This is the second consecutive year that APS is not proposing step increases for staff. Last year, the approved $670 million budget included a projected gap of $27 million, which led APS not to include these compensation increases.

Responding to a directive from the School Board to provide compensation for staff at all levels, Durán said he is making a 2% cost of living adjustment.

“A step increase would not provide a compensation increase to 35% of our full-time employees or to 100% of our hourly workers and substitutes,” Durán said. “A cost of living adjustment ensures that everyone will receive something.”

But, he added, “while I do believe there are many steps in the right direction, I want to acknowledge and recognize that it is not enough.”

Salary and benefits costs account for nearly 79% of the total budget and 95% of the school operating fund. 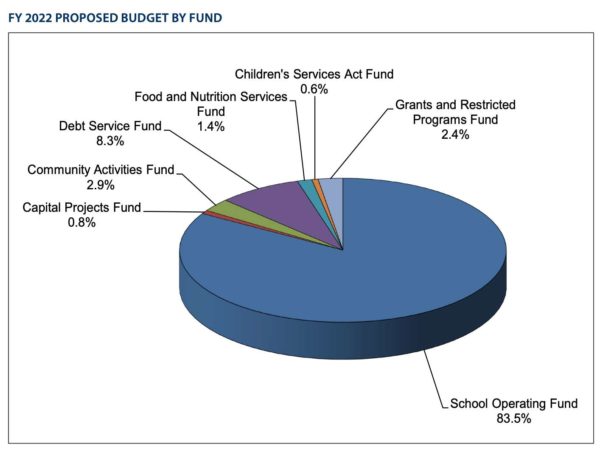 In the official 2022 proposed budget, Durán wrote that the primary drivers of the budget are:

The investments in special education and English language services are part of continuing compliance with a settlement with the U.S. Dept. of Justice.

“It seems clear to me that we are putting our emphasis on equity, equity for our students, equity for our staff in terms of the way that the proposed compensation is coming forward, and equity when it comes to our concerns about our students’ social-emotional needs,” School Board Chair Monique O’Grady said during the meeting last Thursday. “Those are major things that have been borne and laid bare because of the pandemic.”

School enrollment in the fall, meanwhile, is expected to rise well above figures from two years prior, after a big pandemic-caused dip this school year. Enrollment now projected to peak and start a slight decline mid-decade, after more than 15 years of growth to date. 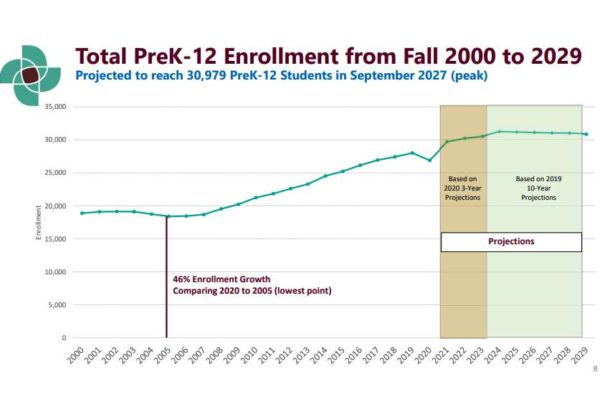 In terms of the expected budget gap, if additional revenue does not come through from the county, the state or the federal government, Durán is proposing three tiers of additional cuts that combined would make up the $41.9 million.

APS had previously projected a larger gap of $74 million, so staff suggested a fourth, “very dire” tier of cuts that Durán said he is not currently recommending. 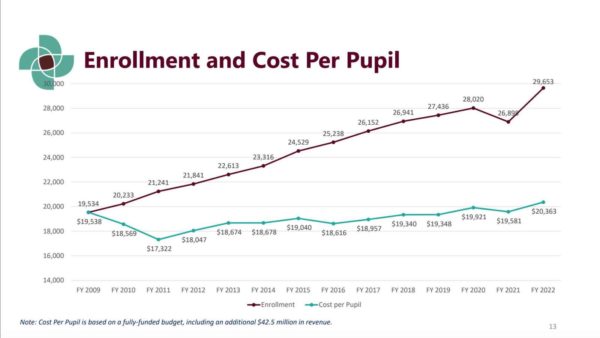 The School Board is set to adopt its proposed budget on April 8 and act on the final budget on May 6.

As of now, APS is projected to be able to close the projected $27 million gap for the 2021 fiscal year. In February, Durán told the School Board that APS will end the fiscal year with a nearly $6 million surplus, taking into account reserves from 2020 and savings from school building closures.