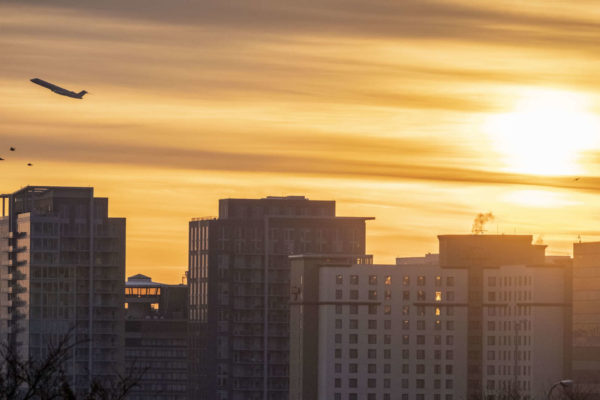 Those cities are attracting some Silicon Valley entrepreneurs and companies in search of a lower cost of living and doing business. Last year, Austin made deals with 39 companies, and Miami saw an influx of venture capital dollars and firms.

But local cheerleaders of Arlington in general — and National Landing in particular — say the area is on par with these hubs because it has an educated workforce, plenty of office space, Amazon’s HQ2, continuous 5G service, and recruiting opportunities from area universities.

“I would love for our government leaders to be talking more aggressively about this,” said Ken Biberaj, a managing director of commercial real estate company Savills, during a recent panel discussion about National Landing, hosted by Arlington Economic Development. “I think they should be on TV every single day talking about why they should be coming here.”

The suggestion is that Arlington needs someone like charismatic Miami Mayor Francis Suarez, who is leading a campaign to attract businesses and support tech entrepreneurs. Suarez is noted for regularly speaking with CEOs who have chosen Miami.

So, does Arlington and National Landing compare to those two buzzy, sunny locales? Aside from the weather, some real estate analysts say yes.

“I think definitely the pieces are there and having Amazon as an asset is a really great thing,” said Eric Maribojoc, the Director of the Center for Real Estate Entrepreneurship at the George Mason University School of Business. 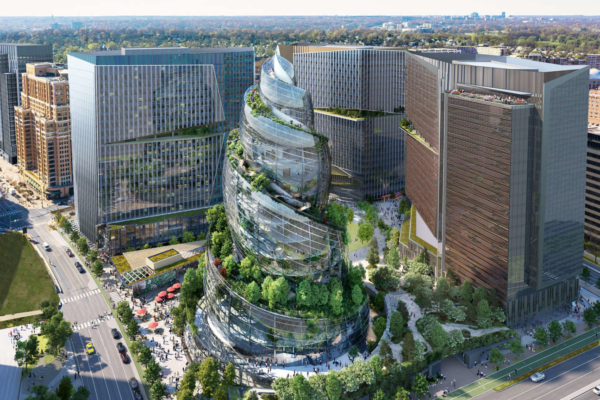 Like Austin, Arlington also has the “urban-like” amenities that could attract companies, he added.

With its talent base and focus on regulatory tech and cybersecurity companies, Northern Virginia as a whole has already achieved parity, said Phil Ryan, the Director of Research at commercial real estate company Jones Lang LaSalle (JLL).

“You need to grow more in the ‘flashier’ tech, for lack of a better word,” he said of the region. “I think National Landing is trying to get [better] at the visibility. People think Austin is techy because they’re louder about it.”

Although Arlington’s key tech sectors — cloud, cybersecurity and artificial intelligence — are not as consumer-facing as a Facebook or a Tesla, those sectors could drive tech growth in the region as JLL predicts they will flourish under President Joe Biden.

Ryan cautioned against seeing the reports of migration to Austin, Miami and elsewhere as proof that Silicon Valley is experiencing a brain drain. Although some tech workers may want a lifestyle change and to avoid higher California income taxes, most are staying in the Bay Area while back-office operations and executive suites are relocated.

Although Northern Virginia checks companies’ boxes for talent, education systems and transit connectivity, it has been “sold short,” Ryan said. Despite being a business-friendly state with relatively moderate taxes , Virginia has to compete with Texas and Florida’s lack of income tax while vying for corporate relocations against — rather than in cooperation with — D.C. and Maryland.

“For years, [it] was considered a big problem that there wasn’t one unified agency to get people into the area,” Ryan said.

The county has emerged as a tech hub with startups forming in and moving to Arlington’s Metro corridors over the past decade or so. Over the last four years, the county has also seen rising venture capital funding, AED’s 2020 report said. 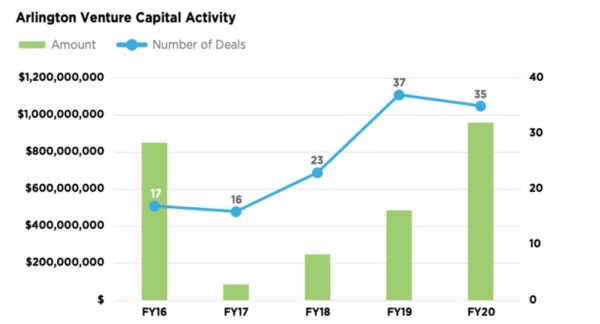 Whether Arlington and National Landing are cemented as a nationally-recognized tech hub may depend on how other companies interact with Amazon, which expects to grow its HQ2 workforce to about 25,000 people.

Big companies such as Amazon tend to cluster with other big companies and attract small- and medium-sized companies, GMU’s Maribojoc said. These smaller companies crop up to work with the big corporations or they form as spinoffs, he said.

“That is what will happen in Arlington,” he said. “I think developers are wise to plan to accommodate both small and medium-sized companies that will cluster around these larger ones.”

This narrative of innovators striking out on their own will play out in National Landing once Amazon settles in, Savills’ Biberaj agreed.

And they will have access to resources such as continuous 5G service, JBG Smith Senior Vice President of Leasing Brian Cotter pointed out during the panel. The developer’s investment in 5G will give them “a place that can be a living lab that really fosters innovation moving forward,” he said. 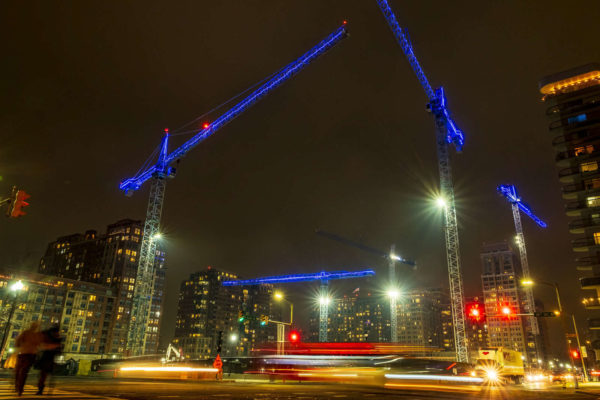