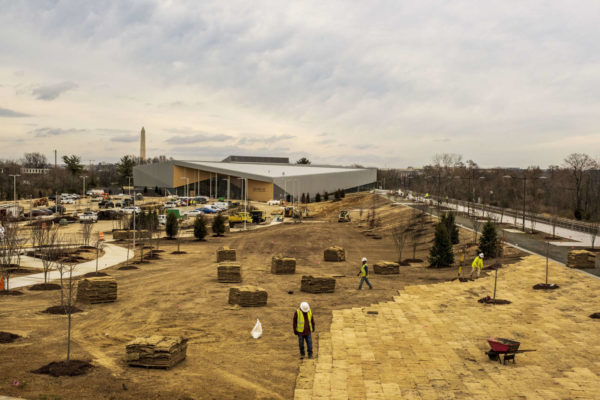 Grants for National Landing Restaurants — “The National Landing Business Improvement District and the Restaurant Association of Metropolitan Washington have a new round of grant aid for restaurants and small businesses… Grant applications will be accepted online until March 28. They will be reviewed on a first-come, first-served basis, and will amount to at least $1,000 for each approved business.” [WTOP]

New Clarendon Salon Opening Next Week — The new Smitten on Washington salon is set to open on Tuesday, March 23, at 3000 Washington Blvd in Clarendon. The salon replaces Hendricks Gentlemen’s Barbershop, a men’s venture from the Smitten owners that closed in December after four years in business. [Facebook]

Silver Line Ext. Not Opening Until 2022 — “Metro officials say that the Silver Line extension to Dulles International Airport will open for use in early 2022, most likely in February. ‘What we’re looking at is early 2022, first quarter in calendar 2022, as the likely start of operations,’ Laura Mason, Metro’s executive vice president for capital delivery, said at a board meeting Thursday.” [DCist]

Local Leaders Want Metro Changes — “Representing the cities and counties that fund Metro in Virginia, the Northern Virginia Transportation Commission outlined its priorities for Metro’s proposed FY 2022 budget… While the Commission recognizes the major funding relief made possible by the American Rescue Plan Act, the Commission presses Metro to: Maintain a dependable and sufficient level of rail and bus service throughout FY 2022, Open Silver Line Phase 2 as soon as possible, Rebuild ridership, [and] Minimize shifting operating expenses to the capital program.” [Press Release]

Single-Family Homes Are Red Hot — “Typically, markets tend to favor sellers when the supply of homes drops below six months. For much of the last decade, the local supply has hovered at around two months, but has been trending ever lower in recent years. For single-family homes, the D.C. region’s supply dropped to a mere 0.6 months in February, according to the data, and those homes are selling within seven days on the open market.” [Washington Business Journal]

More Stories
Just Reduced Properties in ArlingtonArlington Drops to No. 2 on ‘Best Cities to Live’ List