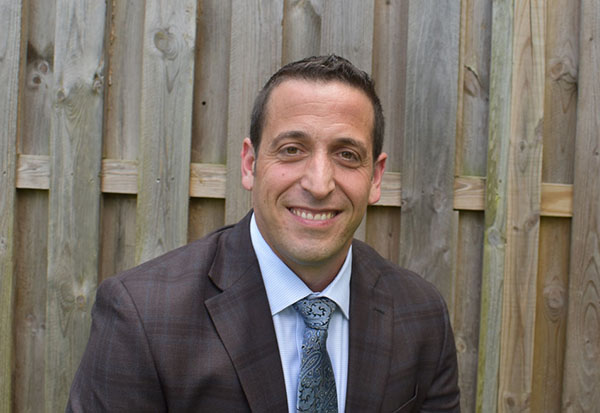 Anthony Fusarelli, Jr., Arlington County’s new planning director, has watched the county transform over 15 years from within the Department of Community Planning, Housing, and Development.

When he arrived in Arlington, the Department of Defense was preparing to leave a gaping hole in Crystal City and Pentagon City that Arlington would, in effect, fill a decade later with Amazon’s HQ2.

Elsewhere, he watched as housing market forces and county regulations together drove the redevelopment of single-family homes for contemporary tastes at higher price points.

And in some corridors, he saw the county realize a decades-old vision for transit-oriented development, while others retained their suburban, auto-focused flavor.

Fusarelli will assume his role in early June but he is already imagining the next 40 years of development in Arlington County. Future planning will have to accommodate Arlington’s increasing population and flourishing tech industry, fueled by the arrival of Amazon’s HQ2, as well as the changing nature of work.

All of those things are moving targets, and to meet them, the plans that Arlington uses to guide development will need to allow for a variety of uses to meet the changing needs of the community, he said. That is a lesson he learned from the pandemic.

“I’m looking forward to working with our team to think more about what we can do to better absorb future disruptions and shockwaves as a complete community,” he tells ARLnow.

What that looks like, he said, “is the million-dollar question.”

Practically speaking, he said construction projects need to be adaptable by design: Parking garages that can turn into housing, or apartment buildings with co-working spaces for tenants working from home.

“We have to recognize that our planning work and decisions about buildings inform places that are going to be here for decades,” he said. “The more they can be flexible and adapt with changing times, the better off Arlington will be.”

In many ways, he said, “the possibilities are endless,” but they will involve rewriting regulations and updating county plans guiding development.

Present efforts to refresh these planning documents are focused on Clarendon, Pentagon City and along Lee Highway. Later this year, his department is set to deliver an update to the western end of the Clarendon Sector Plan.

But the Pentagon City and Lee Highway updates will be more comprehensive, he said.

Forty-five years after the Pentagon City Phased Development Site Plan was approved, most of the development it envisioned has been exhausted, he said. The biggest contributor was the 2019 approval of the first phase of Amazon’s HQ2, Met Park.

The second phase — the iconic glassy double helix that’s currently under review — will nearly complete the development called for in the 1970s, he said.

Now, the county is stepping back to imagine a more flexible plan to guide Pentagon City’s future growth, he said. And next door in Crystal City, Amazon plays an equally vital role.

“In many ways, Amazon’s arrival can really serve as a catalyst for a lot of the envisioned development that the county had imagined through the Crystal City Sector Plan,” said Fusarelli, who spearheaded the creation of the 2010 plan.

Meanwhile, future planning for Lee Highway benefits from the work to redevelop Columbia Pike from an auto-oriented shopping center into a more urban, walkable corridor.

“We still have work ahead of us,” he said.

And like Columbia Pike, the county will have to pay attention to how future development “can effectively and harmoniously transition down to low-density residential neighborhoods,” he said.

The county also has a lot of work to do to ensure a diverse range of people can live in Arlington’s more residential neighborhoods. That work will likely require changes to zoning ordinances while keeping racial equity and inclusion top of mind, he said.

“Arlington is challenged by high land values,” he said. “We need to look at other tools, such as zoning regulations, to see if they need adjustments to help us get on track.”

Read more →
More Stories
Modern Mobility: Happy Bike MonthWhat is Poly-Space and Why is It More Trendy Now Than Ever?