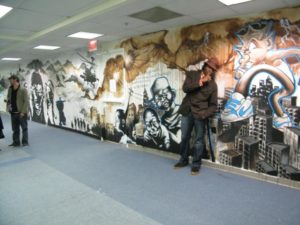 The sheer scale of Crystal City’s G-40: The Summit is large enough to impress at least one jet-setting local artist, who praised the exhibition while saying that he otherwise considers Crystal City to be an “upper class ghetto.”

Set in four vacant floors of an office building at 223 23rd Street, G-40 will feature more than 2,000 pieces of art from 400 artists. Each floor showcases artists from different cultural hubs: DC, New York, San Francisco and Los Angeles. Several artists who were on hand at Monday night’s VIP and press reception said it’s the largest single-theme exhibit in the DC area in recent memory.

Much of the art, curated by Shane Pomajambo of Art Whino, is considered to be “New Brow” (formerly known as “Low Brow”), a raw, grungy, edgy genre strongly influenced by punk music, street culture and comic books. Don’t bring the kids, unless you want them to see some pretty graphic stuff.

G-40 officially opens to the public Wednesday at 5:00 p.m., with food and wine pairings by a group of local executive chefs, live painting, and music by DJ Sonny Cheeba. Attendance is free, but the food is extra. 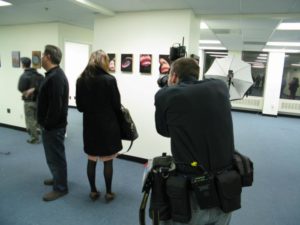 G-40 runs until March 31st, and will culminate with a closing party that may (if the booking works out as planned) feature a couple of well-known hip hop pioneers.

G-40 is sponsored by the prolific event-planning force known as the Crystal City Business Improvement District and Vornado/Charles E. Smith, which owns much of the office and residential space in Crystal City. G-40 is but one of a series of cultural events intended to counter the neighborhood’s aforementioned “upper class ghetto” image. 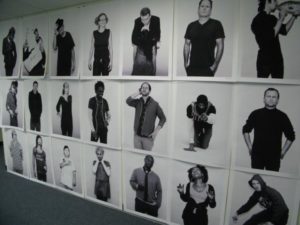 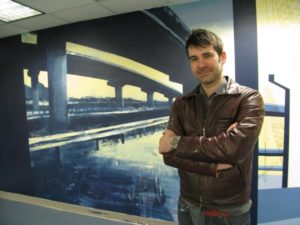 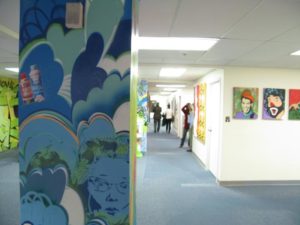 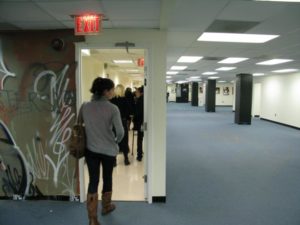 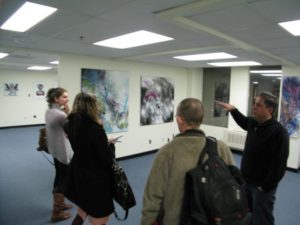 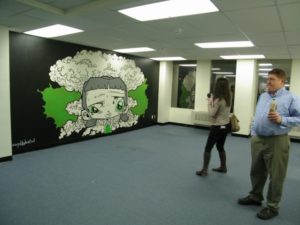 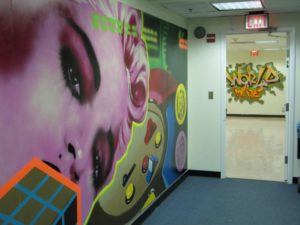 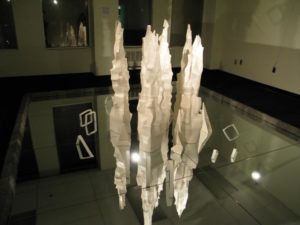 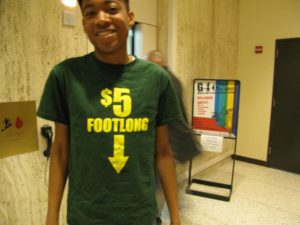 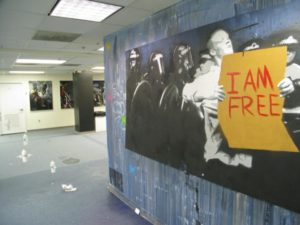