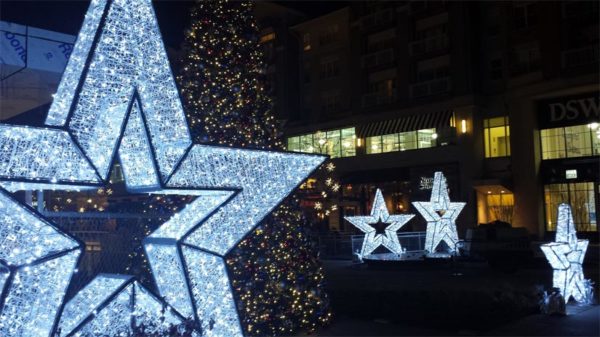 APS Plans to Use ‘Big Data’ to Reduce Dropout Rate — Arlington Public Schools is launching a competition that will challenge teams of scientists to figure out a way to reduce the school system’s dropout rate by combing through 12 years of student data. The winning team will receive $10,000. [Washington Post]

SuperStop Makes ‘Wastebook’ — The $1 million Walter Reed SuperStop on Columbia Pike has made Republican Sen. Tom Coburn’s annual “Wastebook,” which highlights “100 examples of wasteful and low-priority spending.” The bus stop, which can be found on page 32 of the Wastebook, was partially paid for with federal funds. “This report speaks volumes about why confidence in government is at an all-time low,” Coburn said of his publication. [Wastebook 2013, ARLnow Forums]

Fisette to Serve as Board Chair — County Board Vice Chair Jay Fisette was sworn in to a fifth four-year term on Tuesday. He will serve as County Board chairman in 2014. [Arlington County]

Research Firm Moving to Arlington — Research firm Hanover Research is moving its main office from the District to 4401 Wilson Blvd in Ballston this month. “The company’s extremely skilled staff, 61% of which hold advanced degrees, will help Ballston grow its reputation as a knowledge hub and significantly contribute to the area’s entrepreneurial spirit,” Hanover said in a press release. Arlington Public Schools is one of the company’s clients. [Hanover Research]