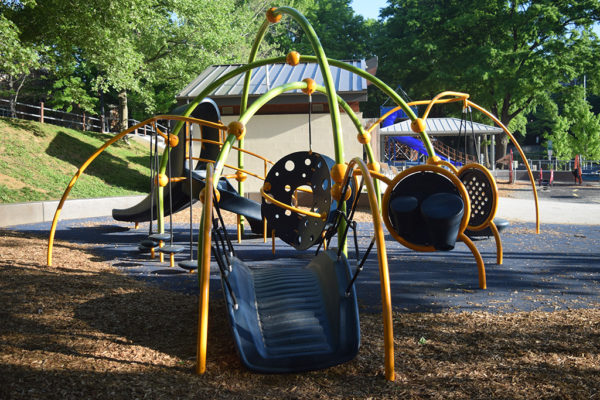 Vihstadt Wants Ads Atop Aquatics Center — County government could raise some extra money by placing corporate logos atop the future Long Bridge Park aquatics center, which could be seen by those flying in and out of Reagan National Airport, says County Board member John Vihstadt. He is also pushing the idea of ads on ART buses, transit stops and Capital Bikeshare stations. [InsideNova]

Pupatella Named Best Pizza in Va. — The expanding Pupatella Pizza has been named the best pizza in Virginia again, this time by USA Today. The Bluemont pizzeria will celebrate its seventh anniversary on Saturday. [USA Today]

Plaudits for The Bartlett — The Bartlett, an amenity-filled, 699-unit apartment tower in Pentagon City, has been named the year’s best residential project by the Washington Business Journal. The building, the design of which was “inspired by buildings in New York City,” leased up so quickly that plans for a “pop-up hotel” utilizing vacant units had to be pulled back. [Washington Business Journal]

Pebley Recognized for Civic Leadership — Jim Pebley was honored with a resolution of thanks from the Arlington County Republican Committee this past Wednesday. Pebley, who never ran for office but has a long resume of civic service in Arlington, is retiring to North Carolina this summer. “It is safe to say Jim Pebley is one of the most active citizens in Arlington, and has been for decades,” said one well-wisher. “[He is] extremely well-respected across the political spectrum.” [InsideNova]

Condo Resident Opposes VRE Expansion — In a WaPo op-ed, a condo resident who lives next to the VRE station in Crystal City says he opposes the planned expansion of the station because it will “will mar our precious green space” and “derail the lives of Crystal City residents through more noise and possible destruction of property during station construction.” [Washington Post]

Nearby: Threats to Falls Church Abortion Clinic — A building housing an abortion clinic in Falls Church was evacuated twice yesterday due to perceived threats. In the first instance, someone set off fireworks in the building’s elevator; in the second, someone stamped the word “bomb” on pieces of paper found near the rear entrance. An Arlington County Police K-9 unit assisted with the investigation “because F.C. police’s own K-9 unit is still in training.” [Falls Church News-Press, DCist]