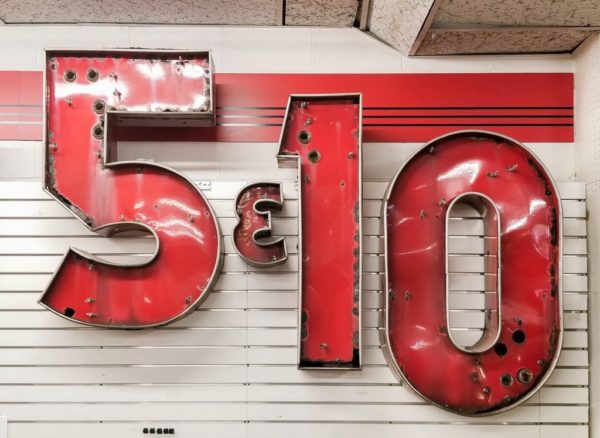 Poke Restaurant Coming to Ballston — Local restaurant Poke It Up is expanding with a second location. The restaurant, which first opened in the Pentagon City mall food court, is now planning to open this summer at 4401 N. Fairfax Drive in Ballston, next to a new soup shop, Zoup. [Eater]

Shutdown Costing Local Economy Big Bucks — “About $119.2 million per day is removed from the gross regional product each day the shutdown drags on, according to local economist Stephen Fuller, thanks to lost pay of federal workers, contractors and suppliers and the multiplied economic effects of their lost spending. That daily hit… drops to $46.4 million per day once federal workers are ultimately repaid their lost wages.” [Washington Business Journal]

Overturned Vehicle in Crystal City — A driver managed to flip his or her vehicle in a crash last night on 18th Street S., near the Crystal City Metro station. [Twitter]

Board Set to Endorse VRE Funding — “Arlington County Board members on Jan. 26 are expected to endorse a request by Virginia Railway Express (VRE) for state funding to support construction of a new Crystal City station. The transit agency will seek grant funding from the Virginia Department of Rail and Public Transportation, which if approved could cover up to 70 percent of the cost of construction. VRE will fund the rest.” [InsideNova]

Changes to State Inspection Stickers — “The stickers are smaller, in response to complaints that the new sticker placement on the bottom left of the windshield, which started in 2018, resulted in reduced visibility for drivers.” [Tysons Reporter]

Nearby: Alexandria Warns About Opioids — “The City of Alexandria has responded to four suspected opioid overdoses in the last 72 hours, including two fatalities. While recreational use of opioids is always dangerous and illegal, City officials are urging residents to be aware of the medical safety of the drugs, including heroin, that could be extremely concentrated or mixed with something unusual that is resulting in life-threatening situations.” [City of Alexandria]