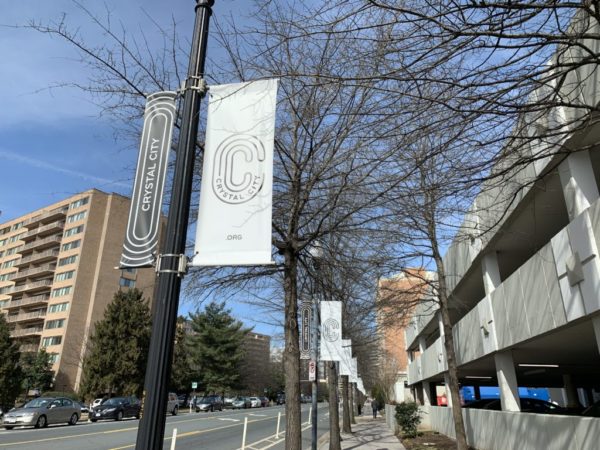 Some of Amazon’s future neighbors in Crystal City now say that they’re eager to see the County Board approve an incentive package to bring the company to Arlington.

The Crystal City Civic Association penned a letter of support Monday (March 4) for the company’s arrival in the neighborhood, encouraging the Board to give the green light to a plan to hand over $23 million in grant money to the tech giant over the next 15 years. The Board is set to consider the deal, publicly revealed for the first time this week, later this month.

Civic Association President Carol Fuller wrote that the citizens group still has “some concerns, obviously ‐‐ e.g., housing costs, traffic, schools.” But she says its members “look to the county to prepare adequately,” and trust that the neighborhood can handle the arrival of Amazon and its promised 25,000 workers.

“As the civic association to be most affected initially, we welcome the planned gradual arrival of Amazon to Crystal City,” Fuller wrote to the Board. “The $23 million in incentives from the county makes sense — they are paid only if/when Amazon creates the jobs it promised. Moreover, we expect the Amazon arrival to help increase hotel and restaurant business in Crystal City, which will increase county tax income and help pay for those incentives.”

In all, the county expects Amazon to generate $342 million in tax revenue over the 16 years the tech giant plans to spend setting up shop in the county — and that’s without the hefty tax break the company could soon earn from the county.

Fuller also cited the transportation improvements bound for the neighborhood as a major factor in her group’s support for the project, including the planned second entrance for the neighborhood’s Metro station and a pedestrian bridge connecting Crystal City to National Airport.

Some county officials and activists critical of the project have urged Amazon to better engage with its soon-to-be neighbors, and Fuller said the company has so far done a good job on that front. She pointed out that Holly Sullivan, the company’s worldwide economic development head who has begun appearing at some Arlington gatherings, stopped by the civic association’s Feb. 23 meeting and has been invited to return.

“We look to Amazon to fulfill its promise to be a ‘good neighbor,'” Fuller said. “We want them, both as a corporation and as individual residents, to be active participants in our community.”

Fuller’s support for the project echoes the broad sentiment of most county, and state, residents, who have said that they support the company’s arrival in both Crystal City and Pentagon City. The Arlington Chamber of Commerce, Crystal City Business Improvement District and the Crystal City Citizen Review Council have all issued recent statements similarly urging the Board to approve its incentive package for Amazon.

But some residents and activists remain fiercely opposed to the company, fearing its potential impacts on everything from housing prices to the region’s transportation networks.

The Board is currently planning a vote on the matter on March 16. In the likely event the incentives are approved, Amazon expects to begin submitting plans for new office buildings shortly afterward.