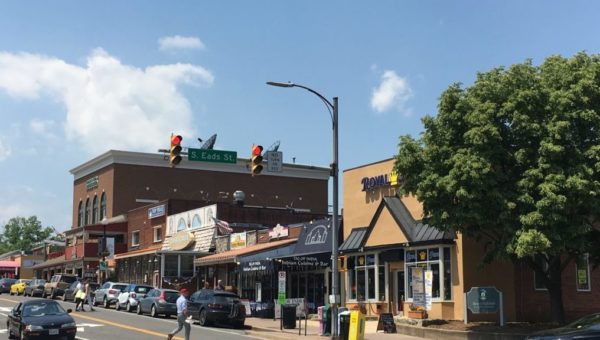 Business owners and residents near Crystal City’s Restaurant Row are gearing up and adapting in anticipation of Amazon’s planned HQ2 nearby.

Freddie Lutz has owned Freddie’s Beach Bar for 18 years and shepherded it through changes in the gay and straight communities. This week Lutz shared that more and more small-business owners are expressing interest in opening up shop or expanding on Crystal City’s 23rd Street S. now that Amazon inked its move-in deal.

“Restaurant Row continues to thrive, with a steady increasing flow of consumers” Lutz shared with me, adding “this trend fueled my recent decision to open up Frederico.”

Lutz also serves on the Crystal City Business Improvement District board and is the president of the neighborhood’s business development group. He said other surrounding small-businesses anticipate an increase in customer traffic in the near future, which should help business.

It’s a bonus many restaurants have looked forward to after years of lean time after BRAC and other federal government moves emptied out Crystal City office buildings and resulted in the loss of thousands of potential customers.

Fiona’s Irish Pub owner Martin White previously told ARLnow that he had chosen the former Tortoise and Hare Bar and Grill location before Amazon selected Crystal City for its second headquarters, but it was a “happy coincidence” his new restaurant would have the customers.

“I imagine customer traffic will increase well with future development coming to Crystal City, and after losing some customer traffic following the Department of Defense relocations almost a decade ago, which impacted business sustainability, small-business owners here are excited about the future,” Lutz noted.

Many buildings in and around Restaurant Row are part of a trust owned by Stratis Voutsas and Georgia Papadopoulos, who seek to improve neighborhood infrastructure so that Restaurant Row can continue to flourish.

The pair told the Washington Business Journal they plan to build a park and plaza in the neighborhood, with subsidized artist housing nearby.

The charm is also about the people behind the counters.

As I walked with Lutz, who introduced me to the owners at a few other nearby establishments, it warmed me up to see how sociable he, other shop owners, and passing patrons were.

The co-owner at neighboring Royal Pawn of Arlington, Nicholas Rizer, shared a story that exemplified just that.

“Recently, we saw a nearby shop owner having difficulty moving a bulky piece of equipment off a truck into his establishment,” said Rizer. “Within a few minutes, staff from nearby shops were outside lending a helping hand, and the job was done in a few minutes.”

Rizer noted that such behavior was common on Restaurant Row, which makes him proud to be part of the community. And the community feel is one of the reasons why Los Tios chose the spot.

“In just our first week of opening, without much advertising, we were seeing high volumes of customers,” said Mejia.

END_OF_DOCUMENT_TOKEN_TO_BE_REPLACED

More Stories
Morning Poll: Are You Getting More Robocalls?Amazon to Give $10,000 Grants to Four Arlington Schools