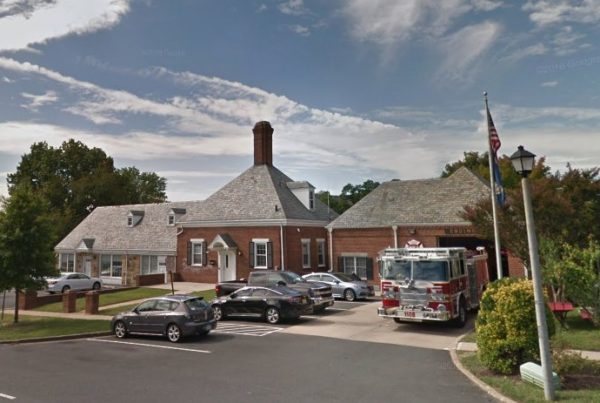 As one fire station faces permanent closure, Arlington County is considering plans to open another one.

Fire Station 7 in Fairlington (3116 S. Abingdon Street) temporarily closed in October due to structural safety concerns. The crews relocated to other stations, with Fire Station 9 and nearby Alexandria and Fairfax stations assigned to cover Fairlington and nearby parts of South Arlington.

That closure could become permanent. Since at least 2014, the station has been on the chopping block. A report from 2012 noted that the station is beloved by the community, but lacks the efficiency of other stations throughout the county.

According to the report:

Station 7 is located in a residential community that has narrow streets and limited access. It does not provide as wide coverage area as do other fire stations in the County. Well maintained and in excellent condition, Station 7 is considered a ‘neighborhood treasure’ to residents of the community. The Routley study also recommended the elimination of Station 7, or its relocation to South George Mason Drive near Wakefield High School. This study found that Stations 7 and 9 could be merged to a location near the intersection of South Walter Reed Drive and South Four Mile Run Drive.

At an audit meeting last week regarding the overuse of overtime in the Fire Department, County Board Vice Chair Libby Garvey said part of the reasoning behind Fire Station 7’s closure is that 60 percent of the station’s runs are to Alexandria and Fairfax.

The County Manager is close to making a decision on the future of Fire Station 7, according to county spokeswoman Jennifer K. Smith, and more information should be forthcoming “soon.”

Meanwhile, the County is in the early days of scouting sites for a new fire station on Columbia Pike. No timeline or site has been identified, but County Manager Mark Schwartz noted that the eastern end of Columbia Pike is a desirable location based on previous studies.

In the audit meeting, County officials also noted that new development planned for the eastern end of Columbia Pike and in the Crystal City/Pentagon City area — notably, Amazon’s HQ2 — will also likely increase demand for fire services in that area over the next few years.

“The current high demand at Fire Station 5 in Aurora Hills, combined with anticipated development and population growth in Crystal City/Pentagon City, may affect priorities in the next Capital Improvement Plan, which will be proposed in May 2020,” Smith said.