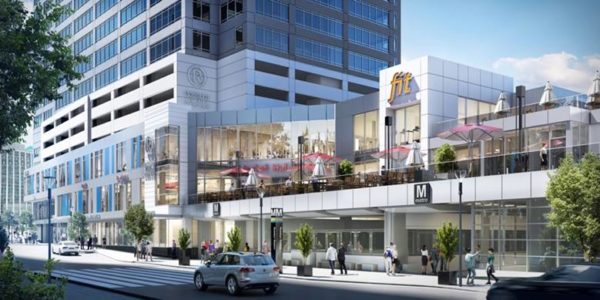 By the summer of 2020, a two-block radius in Rosslyn will be home to three food halls: Common Ground, Happy Endings Eatery, and an unnamed concept at the soon-to-be redeveloped Rosslyn City Center.

A short walk away will be the third food hall at 1700 N. Moore Street. 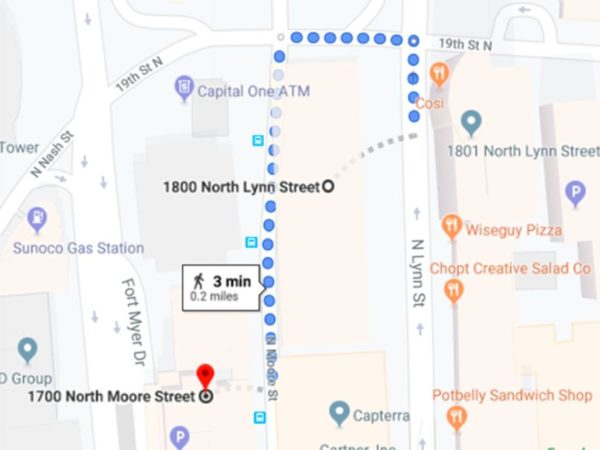 Social Restaurant Group, the company behind Common Ground, is pushing back the food hall’s opening date for the third time to the spring or summer of 2020.

Originally, SRG co-founder Mike Bramson said he hoped it would open by the end of 2018, then told ARLnow they were pushing it to the “end of spring 2019.” Now, we’re told, construction will “officially break ground this fall.”

According to Bramson, Common Ground will feature ten food vendors and have one full-service bar. He confirmed “celebrity chef involvement,” and said that Rebel Taco, a taco food truck routinely at Clarendon’s The Lot beer garden, will be one of the ten vendors.

It will be located on the building’s second floor, “above the McDonald’s overlooking the plaza.”

The two-level, 5,000 square-foot food hall with the double-entendre name is expected to open by the end of November, Eater reported.

Happy Endings Eatery is a project of Happy Endings Hospitality, the team behind Chasin’ Tails in East Falls Church and Lei’d Hawaiian Poke in Tysons Corner.

A PR rep for Rosslyn City Center’s developer said there were no updates on the new food hall, which is still on track to open in the summer of 2020.

Oz Rey, an Austin, Texas-based “culinary experience company” is the team behind the incoming food hall, which is part of the $35 million renovation of the building above the Rosslyn Metro station.

While the food hall remains unnamed, it will feature twelve “artisanal food stalls and two lounges that extend onto an outdoor terrace overlooking the streetscape,” per a press release.

Once completed, the building will be renamed Rosslyn City Center, and will also include a 30,000 square foot Gold’s Gym.