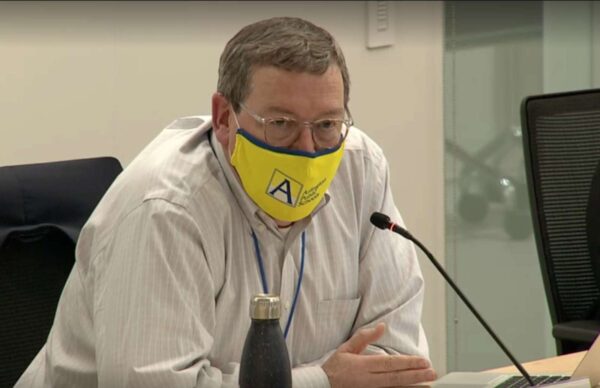 An attempt by Arlington Public Schools to balance enrollment without resorting to a boundary change did not go as planned.

The application window closed two weeks ago, and so far, only 12 students are taking the “targeted transfer” option, which includes transportation to the new school, APS project planner Sarah Johnson said during last week’s School Board meeting.

Families can still apply and the school will admit families on a case-by-case basis, administrators said. If the option does not yield more transfers, APS will likely begin discussions this fall to modify the two schools’ boundaries, said Gladis Bourdouane, another project planner with APS.

In 2018, another boundary process proved controversial after parents at Abingdon and Henry elementary schools objected to proposed boundaries that would have sent some students at both schools to Drew.

Responding to the lack of interest in transferring this time around, School Board members urged administrators to review the voluntary transfer effort. They were divided, however, over whether this option could work in the future.

“I find this targeted transfer thing wholly inadequate,” Board Member Reid Goldstein said, adding that as far as he is concerned, it has “fallen on its face.”

Goldstein said he was “extremely distressed” when the boundary process last fall did not include Abingdon, despite being overcrowded for years. Instead, he said, the boundary changes last fall mostly adjusted neighborhood schools in the northern half of the county and did not take into account overcrowded schools in South Arlington.

“Twelve students are not going to go a long way toward balancing the huge overcapacity at Abingdon and the under-capacity at Drew,” he said. “I’m going to ask you, [Superintendent Francisco] Durán, to try and put some more aggressive measures in place to try and beef up only 12 students who are going from our most overcrowded school to our least crowded school, and not wait another two years before they get relief.”

As of now, administrators have no plans to keep advertising the transfer option, said Lisa Stengle, the executive director of planning and evaluation for APS.

The school system’s marketing efforts included setting up a website and releasing School Talk messages, while the two schools published information on their websites and mentioned the option during back-to-school events, Johnson said.

“We did make significant outreaches to the Abingdon families,” she said.

Despite the closed application window, APS is still encouraging families to apply. Whether students are accepted will depend on school capacity, staffing and finances, and not every family who applied thus far was eligible, she said.

Cristina Diaz-Torres said it sounds like APS has not been able to give targeted transfers the funding it needs to succeed.

Board Vice-Chair Barbara Kanninen predicted APS will have to do another boundary process for the two schools.

“I think that is going to be the solution more than doubling down and investing in advertising targeted transfers,” she said.

Board Chair Monique O’Grady said she is happy that APS tried targeted transfers.

“I appreciate you working with the community to embrace it,” she said. “I would love to use this tool in the future and would love feedback on how we can use it so we don’t have to wait for boundary processes in the future.”

The possible tweaks to Abingdon and Drew’s boundaries slated for discussion this fall, if approved, would go into effect in 2022.