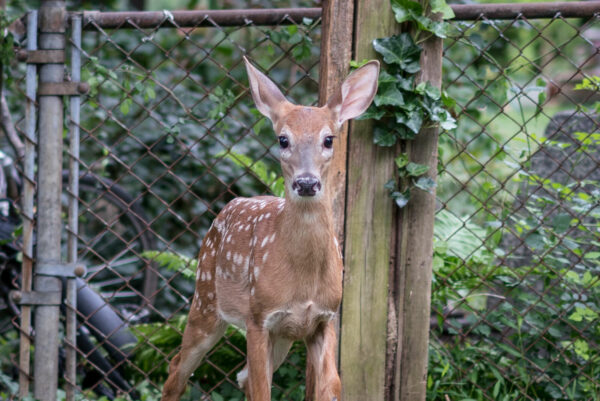 County Board Member Talks Gondola — “Christian Dorsey (D) said the county will have to decide whether it makes sense to commit public money to the project. ‘It’s a fairly short walk from the Rosslyn Metro station to that station in Georgetown,’ he said. In 2017, the county board said in a letter that it would not fund the gondola project despite agreeing to commit $35,000 to a feasibility study. ‘We viewed it as more of a luxury concept than an essential transportation service,’ Dorsey said.” [Washington Post]

Alexandria Mayor Gabs About Gondola — “‘Gondola, yes or no?’ Sherwood asked. ‘Anything that provides new transportation options is a good thing,’ Wilson said. ‘We’ve experimented more with ferries. The river is typically the challenge.'” [ALXnow]

Some Residents Remain Amazon Averse — “Amazon’s efforts to integrate its massive HQ2 campus into its Arlington community have come in all shapes and sizes. And while some of its neighbors acknowledge those efforts, they point to some key unanswered questions around the tech giant’s engagement strategy and eventual effects on their terrain. Still, many remain positive about the latest, and biggest, corporate addition to their communities.” [Washington Business Journal]

GMU Mulls Ways to Enliven Arlington Campus — “More vibrant outdoor areas and the potential of mid-level pedestrian bridges connecting academic buildings are among the possibilities to help the Arlington campus of George Mason University as it grows and evolves. Efforts should be focuses on ‘bringing some life and energy’ to areas like the exterior courtyard area fronting Fairfax Drive, said Gregory Janks, the consultant leading an effort to reimagine Mason’s Fairfax, Arlington and Prince William campuses.” [Sun Gazette]

JBG Sells Hotels to Fund Development — “A fund managed by JBG Smith Properties is selling off two hotels near Reagan National Airport as the developer readies for still more construction in and around Arlington and Alexandria… In an earnings call this month, JBG Smith CEO Matt Kelly said the company would use asset sales, along with ground leases and recapitalizations, to harvest some of the value of its properties as it readies an extensive development pipeline totaling nearly 10 million square feet.” [Washington Business Journal]

Ballston: Manhattan Near the Potomac — “Three [census] tracts make a slice of Ballston the highest-density residential neighborhood in Greater Washington. For decades, Arlington’s plans have encouraged high-rise residential and office on the blocks immediately along the Orange Line corridor, while strictly limiting additional homes even a short walk away. All those people in close proximity can support a wide array of dining choices and retailers, including multiple groceries and pharmacies; the tract’s 94 Walk Score makes it a ‘walker’s paradise.'” [GGWash]

Local Storms Not Getting Significantly Worse — “One local weather expert says he hasn’t seen much evidence to suggest D.C. storms in recent years have been getting more severe, or even more frequent. ‘In some years we have a lot, in some years we have very little, depending on how the day-to-day weather trends add up over the course of the year,’ said Christopher Strong, a Sterling, Virginia-based warning coordination meteorologist for the National Weather Service.” [DCist]

Just Reduced this week includes a 4 BD/3 BA single-level home perched on the corner lot of a tree-lined street.

School is back in session and Arlington’s Public Schools had some bad news to deliver. Last week we learned that enrollment at the beginning of the school year is off by nearly 2,200 students from projections in the current budget — from 29,100 projected to 26,932 actual.