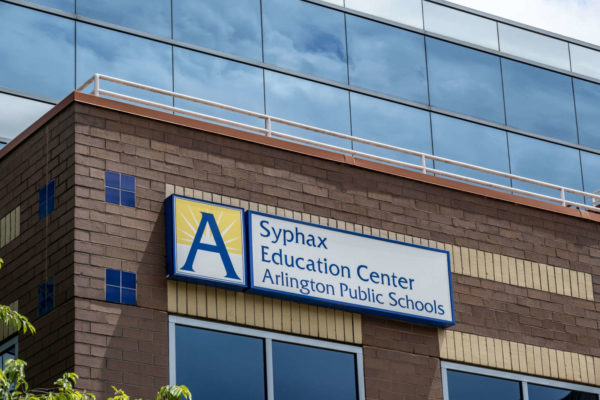 A parent group that got its start advocating for a full return to school during the pandemic is calling on the Arlington County Democratic Committee to end its School Board caucus.

Arlington Parents for Education (APE), which has been vocal recently in its criticism of School Board leadership and Arlington Public Schools’ American Rescue Plan spending amid the coronavirus, says the caucus — most recently held in May, to determine who local Democrats endorse in the general election — discourages broad election participation and makes officials beholden to the political party.

“This ‘endorsement’ effectively decides the outcome of the general election during a little-known caucus in May, because the ACDC places the endorsee’s name on its coveted November sample ballot. To wit: every School Board member since 2003 has been endorsed by the ACDC,” APE said in a statement.

The group added that until this process ends, “the Arlington School Board will continue to put students’ needs last, move in lock-step, and avoid even voting on issues that may be unpalatable to the caucus-voting-minority within the party.”

In Virginia, all School Board races are nonpartisan, meaning parties like Arlington Dems can only endorse candidates, not nominate them as in a primary. But as part of the endorsement caucus, candidates agree not to run in the general election, making the end result similar to a primary.

In a statement, ACDC Chair Jill Caiazzo said the group has the same right as any private organization to support candidates for elected office.

“Arlington Democrats fights every year to elect candidates who will advance Democratic policy priorities at all levels of government, including local races,” she said. “Voters need look no further than the recent alt-right fracas at a Loudoun School Board meeting to understand the importance of Democratic leadership in our schools at this time. Arlington Democrats choose our endorsed candidates for this critical leadership position using the most robust endorsement process of any organization in Arlington, with record-breaking participation in each of the past two years.”

This year, the caucus was held to decide who Democrats will endorse during the Nov. 2 general election to fill a seat held by School Board member Monique O’Grady, who’s not seeking a new term. The 2021 caucus, in which ACDC endorsed former educator Mary Kadera, had in-person and online voting options due to the pandemic, and brought in 6,207 ballots, setting a local record. The lockdown-era mail-in caucus in 2020 brought in 5,700 votes.

For the parent group, that turnout is low, even if record-breaking.

“This means that a School Board seat for a 25,000+ student school system in a county of 233,000 is decided by just 2.5% of the population, and in most years it is even lower,” APE said. “We believe broad participation and civic engagement are cornerstones of democracy.”

The group pointed to a list of self-identified Democrats who also want to see the caucus abandoned, including Parent-Teacher Association members, local NAACP members and former School Board candidates Symone Walker and Miranda Turner.

This spring, Kadera and Turner also critiqued the caucus during a candidate dialogue hosted by the Arlington NAACP.

“With all due respect to Arlington Dems, I’d like them to see them be able to endorse a candidate in the normal way other community organizations do, without running a caucus that can artificially constrain the participation of some people,” Kadera said.

Turner agreed, saying the process — which happens in the spring — confuses people and generates low turnout.

“I think it does tend to discourage folks from voting who would otherwise be very interested in voting for a school board candidate,” she said. “It is in fact a nonpartisan race, and I do think it might be better for the school system as a whole to treat it as such.”

“ACDC suppresses voter turnout by scheduling the caucus before the Virginia primary, failing to adequately inform community members about the caucus, and requiring voters to sign a pledge affirming fidelity to the winner of the caucus and not the voter’s individual choice,” the group said.

It argues that the endorsement process also disadvantages federal government employees, who can run as independents, but cannot participate in some forms of political activity without violating the Hatch Act. The most recent example of this was Walker’s unsuccessful candidacy in 2020.

Walker, a federal employee, dropped out of the caucus and ran as an independent over complaints of Hatch Act violations. Later that year, a Democratic precinct captain who was Walker’s campaign manager said ACDC pressured her to step down temporarily over her support for Walker.

This kind of political activity, the parent group says, means the School Board is beholden more to a party than than to Arlington residents.

“When the School Board — the only entity tasked with representing public school students and their needs — gets elected based on the endorsement of a political party, it will ultimately answer to that party rather than our children, our community, and all of us,” APE said.

END_OF_DOCUMENT_TOKEN_TO_BE_REPLACED

More Stories
Peter’s Take: Prioritize Lowest Income Arlington Households for Housing SubsidiesLearn How to Make the Most of Your Home Search