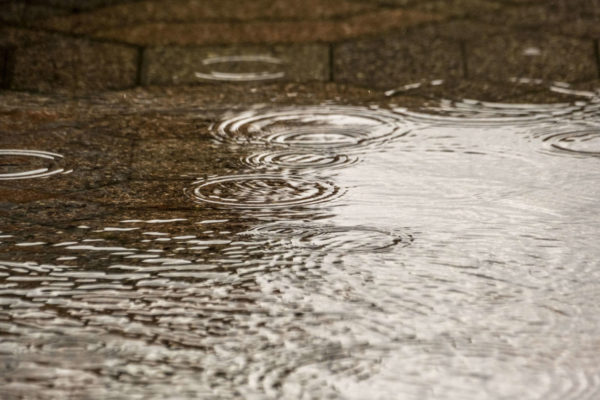 Storm May Affect Waste Collection — “In preparation for the upcoming storm ‘Isaias,’ residents should properly secure trash, recycling, and yard waste carts in case of flooding and high winds… The storm may cause additional delays in collection services. Please leave un-serviced carts at the curb (if not a flood risk) until they are collected.” [Arlington County]

Apartment Operator Suspends Evictions — “AHC Inc., one of the D.C. region’s largest managers of affordable housing, will not move to evict any of its residents struggling amid the coronavirus crisis for the rest of the year. The company announced the move in a letter to roughly 5,000 tenants in late July, just before August rents started to come due. The Arlington company also said it won’t charge any late fees for missed payments, or seek to impose any rent increases, until at least Jan. 1.” [Washington Business Journal]

Stabbing in Ballston on Sunday — “At approximately 5:55 p.m. on August 2, police were dispatched to the report of a stabbing. Upon arrival, officers made contact with Metro Transit Police, who had already arrived on scene and detained the suspect. The investigation determined that the victim was sitting in the park when the suspect allegedly approached him from behind and struck him with a sharp object, causing a laceration. The victim was transported to an area hospital with minor injuries.” [Arlington County]

New Officers Sworn In — ” In the midst of the COVID-19 pandemic, the Arlington County Police Department added 15 new officers to its ranks, following the graduation of Session 142 from the Northern Virginia Criminal Justice Training Academy (NVCJA) and their completion of additional, supplementary local training.” [Arlington County] 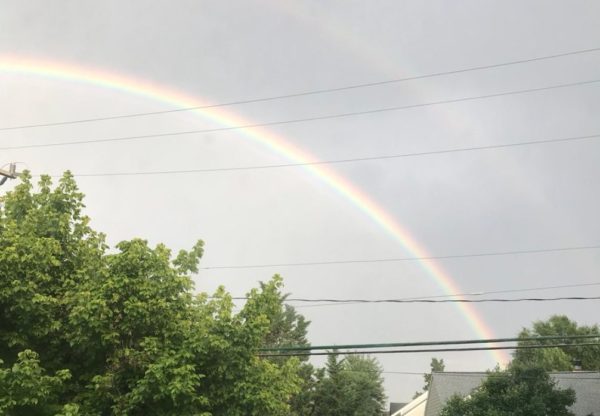 Dorsey Upped to Voting Member on Metro Board — Arlington County Board member Christian Dorsey has been appointed as one of the two principal voting members of the WMATA Board of Directors from Virginia. He previously served on the Metro board in a non-voting alternate capacity. [Arlington County, Twitter]

Alex Trebek in Arlington — Jeopardy! host Alex Trebek stopped by the WJLA studios in Rosslyn on Friday for an interview with the station’s anchors and to help with the weather forecast. [WJLA]

VOA Profiles Choun’s County Board Run — The Voice of America’s Cambodian service followed up on Cambodian-American Chanda Choun’s run for Arlington County Board. Though Choun did not receive the Democratic nomination, he did over-perform the expectations of many. Despite the defeat, he also is encouraging “other non-traditional candidates to run to make local US elections more competitive.” [VOA Cambodia]

Lidl Faces U.S. Headwinds — German grocer Lidl, which established its American headquarters in Arlington near Crystal City, has had a rocky go of it as it tries to expand in the U.S. The company is adjusting its strategy after disappointing results from the stores it has opened thus far. [Philly Inquirer]

But that changed when, at the age of 10, blind attorney and Crystal City resident Ollie Cantos became their mentor after learning about them through a friend at church. He legally adopted them two years ago, and turned their lives around.

“I didn’t have friends, my brothers were the only people, that was it,” Nick Cantos said. “I was essentially shut in for seven years, and I was a violent kid. I got into fights with people, because I was being bullied in school. It ended up getting so bad that I wanted to end [my life]. Dad really saved my life.”

A ceremony on Wednesday night marked how far they have come, having also graduated from Wakefield High School earlier this year. At The Church of Jesus Christ of Latter-day Saints in Alexandria, the brothers became the first ever blind triplets to be honored as Eagle Scouts in the history of Boy Scouts of America.

To become Eagle Scouts, the highest honor in scouting, candidates must complete a slew of assignments, including tasks like first aid, knot-tying, leadership and orientation. It also requires community service, and six months or more spent in leadership positions at their troop.

Each also had to lead a community service project. Steven Cantos collected school supplies for low-income schoolchildren for nonprofit Aspire! Afterschool. He already volunteered with the organization, which helps children improve their reading, and had intended to collect enough supplies for 90 students.

When the supply drive was over, he had collected enough for 130 students.

“They go in and help kids read in a more advanced way, since they feel that reading is the first thing that kids need to learn, and then they learn other things if they can read better,” Steven Cantos said. “The project stemmed from the fact that I’d already volunteered a bit of time to them, so I wanted to give some more time… I decided that education is important, so let’s give them school supplies.”

Leo Cantos collected blood and blankets for INOVA Fairfax Hospital, a children’s hospital where he spent a month re-learning how to walk. He finished with 88 units of blood and 77 blankets, all donated by local people he had recruited.

“I wanted to give back to the kids, because I saw the kids there and I saw how they were not doing too well,” Leo Cantos said. “I wanted to give them a better experience, kind of like the one I had in the hospital but extended to them as well.”

And Nick Cantos collected donations of hygiene supplies for nonprofit Doorways for Women and Families, which helps people out of homelessness and away from domestic violence and sexual assault. He collected about $2,000 worth of supplies to donate to the organization.

“It took a lot of planning, it took a lot of work and papers,” Nick Cantos said. “The craziest part was seeing all my scout friends and leaders and brothers helping me to do this, and me managing this thing.”

END_OF_DOCUMENT_TOKEN_TO_BE_REPLACED 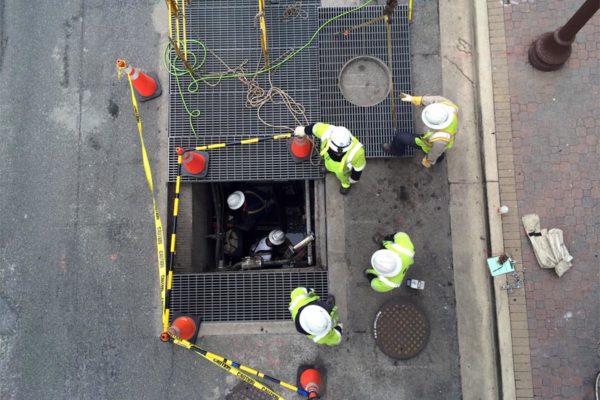 Car Crashes Into Construction Equipment — A vehicle crashed into some parked construction equipment in Courthouse during the evening rush hour yesterday. The crash happened on Wilson Blvd, just down the hill from the Wendy’s. Wilson Blvd was closed for a short period of time as a result. [Twitter]

Happy Hour for a Good Cause Thursday — Guarapo in Courthouse (2039 Wilson Blvd) will be hosting a happy hour to benefit the Leukemia & Lymphoma Society on Thursday. [Clarendon Nights]

Group Seeks Prom Dress Donations — The annual “Formals for Five” initiative is seeking donations of dresses, jewelry, shoes and accessories. The donated items will then be sold for $5 apiece to students at Washington-Lee and Wakefield high schools. [InsideNoVa]

Even though trick-or-treating is over, you may still see some kids in uniforms come to your door tomorrow, seeking food with bags in hand.

Saturday is the Boy Scouts’ annual “Scouting for Food” drive in the D.C. area, and Boy Scouts will be tying plastic bags to the doors of Arlington houses tomorrow. The following Saturday, Nov. 9, they will return to collect the bag, which they hope the residents will fill with nonperishable food items.

Last year, the drive collected 825,000 pounds of food, according to the National Capital Area Council of the Boy Scouts of America.

Once the bags are collected, the food collected in Arlington will be distributed by the Arlington Food Assistance Center. Boy Scouts will also be at Safeway grocery stores Nov. 9 encouraging shoppers to buy additional items to be donated to AFAC.

Boy Scouts will be hitting the streets on Saturday (November 10) for their annual “Scouting for Food” drive.

The scouts will stop at homes in a number of neighborhoods to collect food donations to benefit Arlington Food Assistance Center (AFAC). They will directly visit residents who received bags and fliers last week explaining the drive. Out of courtesy for residents, scouts don’t knock on doors; instead residents are asked to leave food donations in plain sight near their front doors, by 9:00 a.m. All donations are expected to be collected by noon.

Residents who didn’t receive a bag on their door will not be visited by the scouts. These residents can still participate, however, by taking food donations to the Cherrydale or Harrison Street Safeway stores.

Suggested foods for donation include pasta, peanut butter, breakfast food, tuna, soup, fruit and beans. AFAC and the scouts both ask that items in glass jars are not donated.

The goal is to exceed last year’s total of 60,000 pounds of donated food.

Right now, AFAC serves about 1,400 people each week, but that may increase as temperatures grow colder. 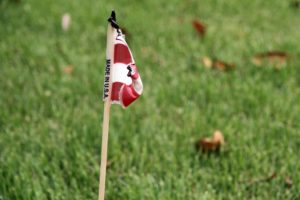 Police and the Arlington Fire Marshal’s Office are investigating a series of flag burnings in the Williamsburg and East Falls Church neighborhoods of North Arlington.

A total of 27 decorative flags were burned overnight on a quiet couple of blocks between Quantico Street and Sycamore Street, near Bishop O’Connell High School and Tuckahoe Elementary, according to fire department spokesman Lt. Gregg Karl. Neighbors say the plastic flags were recently placed in yards by the Boy Scouts, an annual Flag Day tradition.

Investigators believe whoever burned the flags did so just before 5:30 a.m. The fires caused the plastic flags to melt onto plants, yards and walkways. No word on a motive, but one neighbor on 27th Street theorized that the vandal or vandals were trying to send a message. 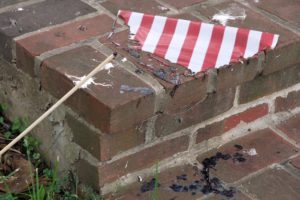 “There are some people who object to the flags for political reasons,” she said. “There are ways to protest if you don’t believe in something, but destructive protests like this do not accomplish goals. It does not accomplish anything.”

The resident acknowledged, however, that the flag burnings could also be a random act of “pure vandalism,” adding that said she could not remember anything like this happening in the 11 years she has lived in the neighborhood.

“It’s dangerous,” she said. “It could have caused a real fire.”

Anyone with information about the burnings is asked to call Deputy Fire Marshal Paul Frank at 703-228-4644. More photos, after the jump.