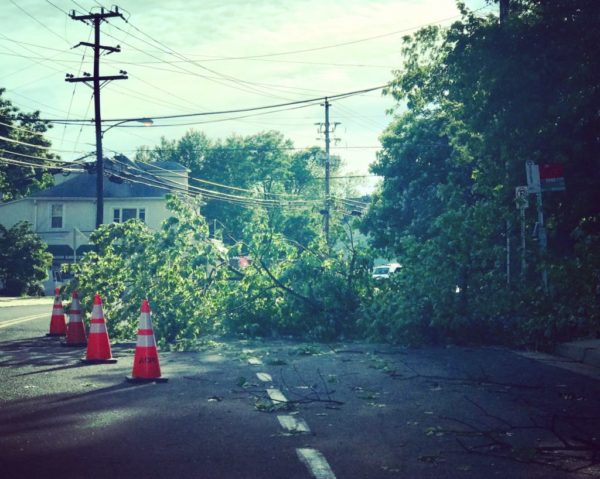 Landmark Trees Felled During Storm — A well-known, historic oak tree near the Reevesland farmhouse, one of seventeen designated specimen trees on private property in Arlington, was among the trees that fell during yesterday’s storm. Trees were also downed in Arlington National Cemetery; one tree crushed a car. [Twitter, Twitter]

Median Home Price in Arlington Up $100K — “Amazon’s impending move to Northern Virginia has had a significant impact on home list prices in Arlington County, a new analysis by online real estate platform Realtor.com finds. The median list price for a home there has grown 17 percent since last November.” [Curbed]

Amazon Employees Seeking Furnished Apartments — “Oakwood, which already managed a full Crystal City building at 505 18th St. South, recently extended its deal at the property for another five years, Eicholtz said. She said Oakwood is already seeing demand from Amazon employees, but it is not just coming in Crystal City.” [Bisnow]

Another County Board Contender — “Arlington resident Arron O’Dell has qualified to be on the ballot in the Nov. 5 County Board race. ‘My focus is on affordability. I will work to keep Arlington the place we enjoy living in now while controlling costs and taxes’ and ‘making the county more efficient and small-business friendly,’ O’Dell said on a nascent campaign website.” [InsideNova]