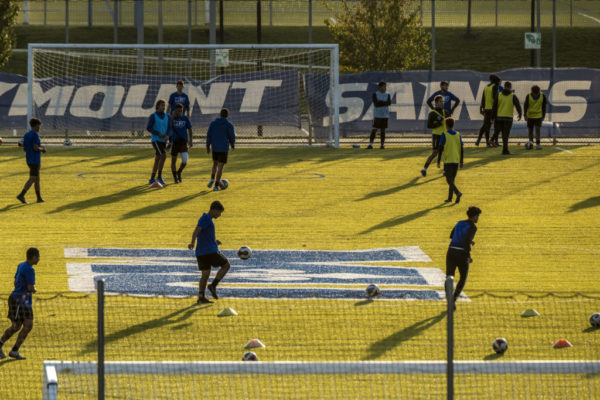 New Security Measures at ANC — “Arlington National Cemetery is implementing heightened security measures after a U.S. airstrike killed a top Iranian general. The extra security will create longer lines at security checkpoints and delays… All visitors over the age of 16 will be required to show a valid state or government photo ID to enter by foot or car, Arlington National Cemetery says. Visitors aged 16 or 17 can show a school-issued ID.” [NBC 4, Twitter]

Office Building Above Rosslyn Safeway Sold — “An affiliate of The Meridian Group has paid $113.15 million for 1525 Wilson Blvd., a Rosslyn office building featuring the colorful sculpture of a dancing couple, after selling another building in the Arlington County office market last summer.” [Washington Business Journal]

Lee Highway Planning Update — “To mark the end of a year collecting ideas for the road’s ‘reimagining‘ by the nonprofit Lee Highway Alliance, its executive director, Ginger Brown, gave an update predicting that phase two — development of land-use and zoning ideas — could be ‘the most contentious.’ […] ‘Lee Highway is stuck in 1950s strip-mall zoning,’ Brown told a Dec. 19 breakfast group.” [Falls Church News-Press]

Pike Lane Closures Are Hurting Local Business — “An employee at Cinthia’s Bakery II on Columbia Pike said the restaurant is seeing a significant drop off in the number of customers and an increase in empty tables all due to the construction.” [WJLA]

Yorktown Boys Improve to 11-0 — “This is the new Yorktown basketball: Take the first available shot, press nonstop on defense, substitute in a whole new lineup every 90 seconds. It’s a strategy some other area schools have tried — Lake Braddock, most successfully — but few have perfected. And it has the Patriots, the worst team in their conference last season, undefeated at 11-0 after a dazzling 86-51 rout of Madison (6-5).” [Washington Post]