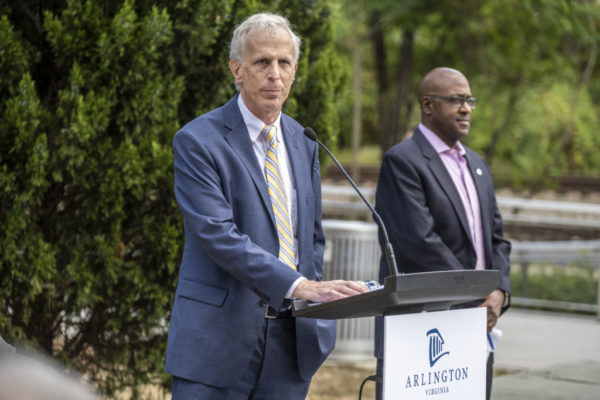 The County Manager, County Attorney, County Auditor and Clerk to the County Board all had their contracts unanimously approved in a 5-0 vote with no discussion.

County Manager Mark Schwartz got a 4.5% raise to $282,489 annually. It’s a little less than his neighbor, Alexandria City Manager Mark Jinks, who earns $288,000 annually, according to the Alexandria Gazette Packet. On the other hand, it’s a little more than the $268,000 salary for Bryan Hill, who has the equivalent position in Fairfax County.

This is also the first time Schwartz’s salary has surpassed his predecessor, Barbara Donnellan, whose salary was $270,000 annually by the end of her five-year tenure. Schwartz became County Manager in 2015.

County Attorney Stephen MacIsaac, meanwhile, got a 3.5% raise to $261,933 per year — more than the $243,812 annual salary paid to Alexandria City Attorney Joanna Anderson.

County Auditor Christopher Horton got a 3.25% raise to $147,493 per year. Horton became the county auditor in 2016 and is the County’s second auditor. The first left the job after less than seven months.

The top county employees also received a raise last year; for all but Horton the raise was higher this year.