2020 has been a big year for Arlington-based startups, both in spite of and because of the pandemic.

Arlington was predicted to fare better than other tech hubs because many of its startups focus on emerging technology in science and engineering, collectively known as “tough tech,” as well as the recession-resistant fields of cybersecurity and government contracting.

That prediction came true for local venture builder FedTech, which built and accelerated more than 50 “tough tech” startups, and partnered with government agencies such as the Department of Defense and NASA, a FedTech spokeswoman said.

It also developed a virtual summit on defense technology for the U.S. Army, attracting more than 1,500 viewers, and hosted a startup accelerator for the National Security Innovation Network, she said. 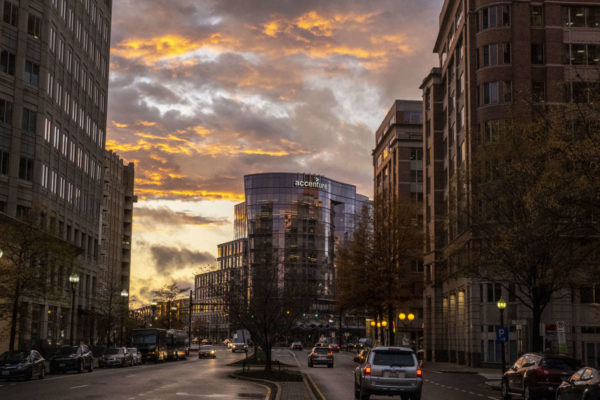 Meanwhile, Ballston-based GroupSense marketed its cybersecurity software to local and state governments trying to protect their elections from security threats this year.

“While these things are difficult to quantitatively measure, our constituents were excited about the results of our solution through the election,” GroupSense co-founder and CEO Kurtis Minder said. “Some of our customers have now contracted us to assist in the same fashion for the vaccine rollout.”

The software detected fake accounts and bots and classified actors that showed intentions to disrupt the democratic process. It also worked with social media, hosting and domain registration companies to take down posts with misinformation, he said.

“[Misinformation] can be as complicated as the state-sponsored actions that we saw in 2016, or as simple as someone tweeting that a polling station is closed when it is not,” Minder said.

The pandemic also created opportunities for non-“tough tech” startups to launch, snag millions in funding, bring on clients and acquire or be acquired by other companies.

CareerGig, which provides freelancers with benefits and vets them for companies, launched this summer, catching the wave of new workers interested in fully remote freelance opportunities.

Without opportunities to film in person, companies have turned to stock footage from Courthouse-based Storyblocks. Responding to a renewed interest in racial justice this year, it launched footage of diverse people doing everyday things.

Rosslyn-based Phone2Action gained new clients this year as record numbers of cell-phone users advocated for pandemic relief and social justice reform and campaigned for their preferred candidates. It also acquired two companies — GovPredict in November and KnowWho in December.

As individual startups grew, Arlington as a whole continued to perform well in national rankings.

The County was deemed the third-best place to work for women in tech, according to a study from the website SmartAsset, which measured the gender pay gap and number of jobs filled by women.

The company, ranked number 471 with 970% growth, was acquired earlier this year by cybersecurity company Rapid7.

Looking towards 2021, there’s optimism around continued momentum for the Arlington and D.C. area tech scene and the local economy, as the pandemic abates and the population gets vaccinated.

During a recent DCA Live event, one commercial real estate professional predicted continued tech growth as Amazon continues to hire and expand its footprint in Crystal City and Pentagon City.

“Amazon HQ2 and Virginia Tech’s campus in National Landing [are] going to further our position as a national tech hub in 2021,” they said.

END_OF_DOCUMENT_TOKEN_TO_BE_REPLACED

More Stories
Here Are a Dozen Businesses Listed for Sale in ArlingtonTop 30 Arlington Stories of 2020: #16-20