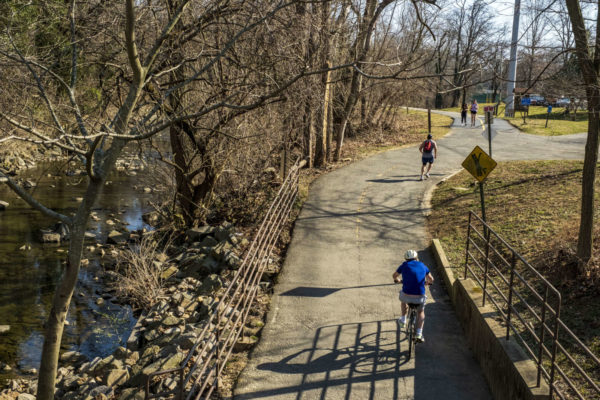 Zoning Proposal May Face Pushback — “Two potentially conflicting constituencies – advocates of affordable housing and residents of single-family neighborhoods – could end up colliding if Arlington County Board members next month move forward on a recommendation to allow much higher building heights in some transitional areas of the county. The proposal… calls for allowing (though not permitting by right) building heights higher by 60 feet than normally allowed in a number of zoning districts, if the buildings comprise 100-percent affordable housing.” [Sun Gazette]

Man Arrested for Bathroom Peeping — “1700 block of Fort Myer Drive. At approximately 3:25 a.m. on March 18, police were dispatched to the report of a peeping. Upon arrival, it was determined that the male victim was using the restroom when he observed a cell phone placed through the crack of the stall. The victim confronted the known suspect and alerted building security.” [Arlington County]

Arlington Startup Moving to D.C. — “Auto refinancing startup MotoRefi is moving its headquarters from Arlington to D.C. and beefing up its executive team, the company said in an announcement. The company has signed a 22,000-square-foot lease at 1717 Rhode Island Ave. NW, relocating to a larger space as its workforce continues to grow. It plans on opening the new office, in the same building as venture firm Revolution and Uber, later in 2021, it said.” [Washington Business Journal]

Why Elmo is on the County Manager’s Desk — County Board member Katie Cristol, in response to a question about an Elmo toy seen on County Manager Mark Schwartz’s desk during Saturday’s virtual Board meeting: “My Elmo-obsessed kid made an on camera appearance at Thursday’s 4.5 hour work session, and Mark, who is a real sweetheart, brought out his own Elmo on the videoconference, to no end of delight from my two-year old.” [Twitter]