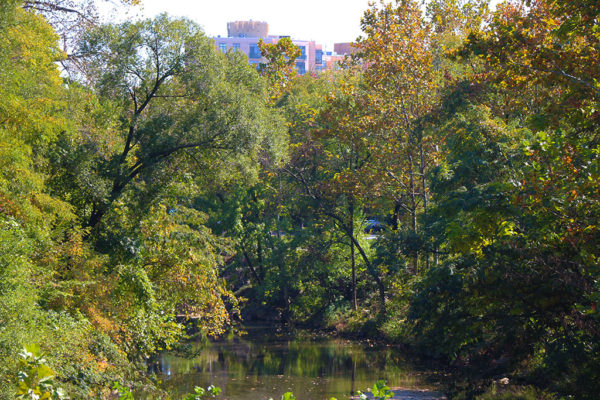 Board Holds Pike Transit Station Meeting — Updated at 10:45 a.m. — More than three-and-a-half years after it was first revealed by ARLnow.com that a prototype bus stop on Columbia Pike cost more than $1 million, the discussion of less expensive bus stop alternatives continues. The County Board last night held a work session with staff to discuss the current status of Pike transit station planning, ultimately voting to approve the County Manager’s design recommendations. [Arlington County]

APS High School Boundary Refinements — The next step in what promises to be a contentious process of adjusting Arlington’s high school boundaries will take place tomorrow. A community meeting is planned at the Washington-Lee High School cafeteria starting at 7 p.m. Thursday. [Arlington Public Schools]

Cemetery Bike Ban Starts Today — Starting today, only loved ones visiting a grave or niche will be allowed to ride a bike in Arlington National Cemetery. That nixes a commuter route through the cemetery that some cyclists used to avoid busy roads elsewhere in the county. [ARLnow]

Clement Attacks Pay Raise Proposal — Arlington County Board Chair Libby Garvey’s pay raise suggestion is opening her up to attacks from challenger Audrey Clement. “The problem is [the] County Board doesn’t do much work, unless you consider rubber-stamping done deals ‘work,'” Clement told supporters via email. Clement also is criticizing a plan to add an extra high-occupancy lane to I-395 and, in response to local noise complaints, calling on NASA to develop quieter helicopters. [InsideNova, Audrey Clement]

Stalled Cab Company May Retain Permits — Arlington County Manager Mark Schwartz is recommending the County Board give All Access Taxi, which specializes in providing wheelchair-accessible transportation, two more years to get its service off the ground. Currently, the company has only one cab — and 49 unused permits. [Washington Post]

Local Ghost Stories — ‘Our Man in Arlington’ columnist Charlie Clark has received recent reports of ghostly encounters from “reliable sources” at several local places: at Arlington Hall, along George Mason Drive; at the Overlee swim club and a nearby home; and at an 18th century home in McLean that was torn down last month. [Falls Church News-Press]

Pamplona May Open in December — Pamplona, a new Spanish restaurant in the former SoBe space in Clarendon, is hoping to open “by the end of the year.” James Martin, a 29-year-old rising culinary star, will be the restaurant’s executive chef. He hopes Pamplona will win the kind of critical acclaim that can “put Clarendon on the map.” [Northern Virginia Magazine]