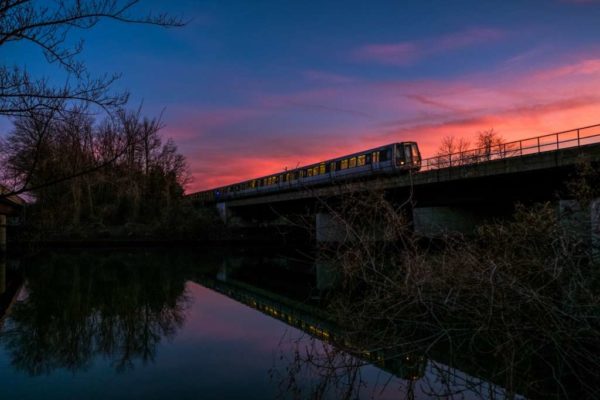 Oscars Flub Involved W-L Grad — Warren Beatty is back atop the national consciousness, after an envelope mix-up led to perhaps the worst mistake in Oscars history, with Beatty and Best Picture co-presenter Faye Dunaway at the center of the fiasco. As many long-time Arlingtonians remember, Beatty spent his teenage years in Arlington, reportedly living on N. Huntington Street. He graduated from Washington-Lee High School and, as noted in a yearbook photo, was a star football player and the senior class president. [InsideNova]

ACPD Trying Out Uber Lane — This past weekend in Clarendon, the Arlington County Police Department set up a designated rideshare pickup lane to improve safety for those using Uber and Lyft to get a ride home from the bars. The police department described the action as a “pilot program” that was the result of “creative problem solving.” [Twitter]

Arlington’s ‘Segregation Wall’ — A new historic marker notes the significance of a 1930s-era wall in north Arlington. The wall was built by white residents of the Waycroft-Woodlawn neighborhood to provide a physical barrier between them and the historically black Hall’s Hill (High View Park) neighborhood. [InsideNova]

Loan for Affordable Apartments Approved — The Arlington County Board on Saturday approved a $7.4 million loan to help build 125 new affordable apartments at the Berkeley on S. Glebe Road. Nonprofit developer AHC is expected to seek another loan for the redevelopment, from the county’s affordable housing fund, next fiscal year. [Arlington County]

Per-Student Spending to Rise — Under a new budget proposed by Arlington Public Schools Superintendent Dr. Patrick Murphy, per-student spending would rise 2.9 percent to $19,521. APS has been straining to keep up with rising enrollment, issuing bonds to build new schools and renovate others. [InsideNova]