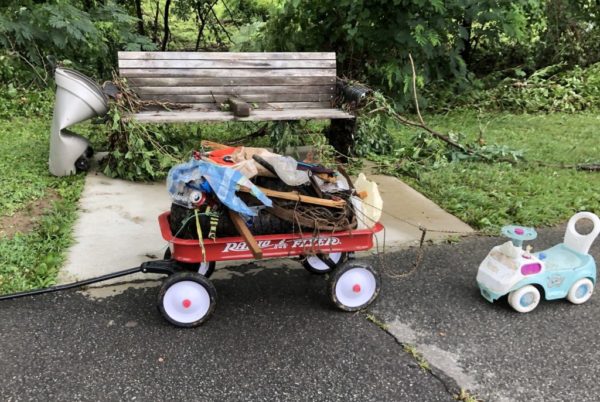 HQ2 to Include Banana Stand, Local Businesses — “Schoettler said the outdoor areas will likely include elements from its Seattle headquarters, such as a community vegetable garden and a banana stand… Amazon’s in-house food program will only serve about one-quarter of the HQ2 workforce, encouraging the majority of the employees to each lunch at nearby businesses. And because Amazon will own the buildings, Schoettler said it will be able to curate the retail to focus on locally owned businesses.” [Bisnow, WAMU, Washington Business Journal]

County Again Recognized for Tech Savvy — “Arlington County is once again among the top ranked digital counties in the nation. The Center for Digital Government and National Association of Counties 2019 award designated Arlington second place in the 150,000-249,999 population category.” [Arlington County]

Legion Development a National Model? — “Post 139 and APAH’s partnership should serve as an example for addressing the issue of homeless veterans, said Darryl Vincent, chief operating officer of nonprofit U.S.VETS… In 2018, there were 12,806 American Legion posts across the country, a huge inventory of property that could be repurposed as affordable housing.” [Politico]

ACPD: Lock Your Car and House — “The Arlington County Police Department is joining law enforcement agencies throughout the country in a public safety campaign aimed at promoting crime prevention strategies to reduce and prevent thefts from vehicles and homes. The campaign, known as the 9 P.M. Routine, encourages residents to conduct security checks in their homes and vehicles each evening to ensure their property is secure.” [Arlington County]

APS Teacher Receives National Recognition — “Wilfredo Padilla Melendez, teacher at Claremont Immersion School, received Instructure’s 2019 Educator of the Year Award. Wilfredo was recognized as one of six educators who go above and beyond to redefine traditional classroom activities.” [Press Release]