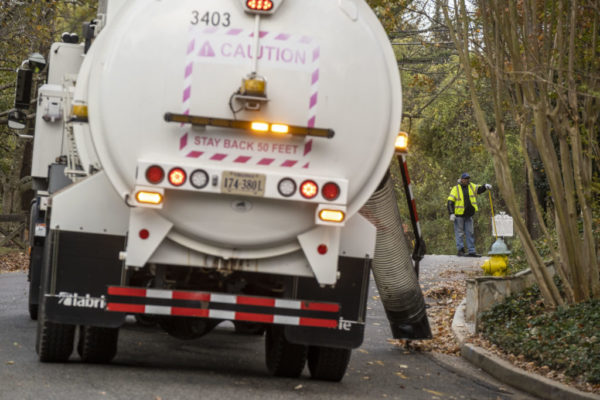 Residents Want Second Pentagon City Metro Entrance — “Some longtime residents have spent years agitating for just such a study of their roads and public transit options, seeing a need long before HQ2 was a twinkle in Jeff Bezos’ eye. They’re eager to see an evaluation of how much new density the area can bear, and what solutions could make it easier for Pentagon City residents to get around — perhaps most notably, they’re pressing to see a second entrance for the neighborhood’s Metro station.” [Washington Business Journal]

Pentagon City Mall Seeking Sidewalk Cafe Upgrades — Simon, owner of the Fashion Centre at Pentagon City mall, is seeking to make some additions to the sidewalk cafes in front of the mall on S. Hayes Street. Proposed upgrades, to be considered by the Arlington County Board this weekend, include: “light poles, light strings and fencing with tray tops.” [Arlington County]

No, Crystal City Is Not Named for a Chandelier — “According to Robert P. Kogod, the former co-CEO of the Charles E. Smith Companies — which developed Crystal City — the name for the neighborhood’s first building, Crystal House, came first, and the chandelier came afterward.” [Washingtonian]

County Board to Consider Incentives to Keep PBS HQ — “Arlington County Board is considering offering up to $500,000 to retain the Public Broadcasting Service, nearly a year after PBS already committed to doing just that. The Arlington County Board is expected to consider the Economic Development Incentive grant at its meeting Saturday, along with a $450,000 grant to the Incentive Technology Group, which is also staying in Crystal City under a new lease.” [Washington Business Journal]

Live Action ‘Clue’ Planned in Arlington — “Time to solve a murder mystery while taking part in an incredible game and Scavenger Hunt as we bring the game of CLUE® – without a board – to our own backyard!” [Facebook]

Reminder: I-395 HOV Becoming Express Lanes — “The time has come for big change for local commuters: after two years of work, the I-395 HOV lanes inside the Beltway are becoming express toll lanes… The switch over is slated to take place on Sunday, Nov. 17.” [ARLnow]