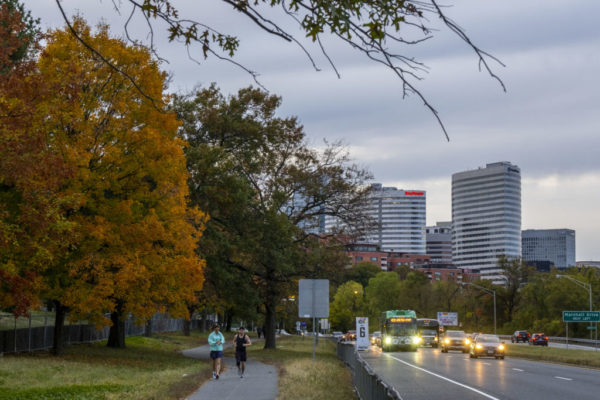 Dorsey in Trouble With Metro Board — Updated at 10 a.m. — “Metro board member Christian Dorsey to return $10,000 donation from ATU Local 689, the main Metro union, and be reprimanded and removed as chairman of Metro finance committee.” [Washington Post, Twitter]

JBG May Hold Off on Crystal City Office Building — “Amazon.com Inc.’s second headquarters is expected to generate additional demand for office space in Crystal City and Pentagon City, but for now… the Chevy Chase developer does not plan to start construction on the Crystal City office building without enough commitments from future tenants.” [Washington Business Journal]

Robbery on Columbia Pike — “The suspect then walked around the counter and confronted the victim, implied he had a weapon, and demanded the merchandise. The suspect fled the scene with the merchandise prior to police arrival.” [Arlington County]

Ballston Company Partnering With Google — “AES Corporation and Google have entered into a 10-year strategic alliance which they hope will speed up the expansion and adoption of clean energy. In an announcement Wednesday, the Arlington, Virginia headquartered power firm said it would leverage ‘Google Cloud technology to pioneer innovation in the sector.'” [CNBC]

Arlington Blvd Bus Stop Temporarily Closed — “4A riders: The stop on Arlington Blvd at S. Highland St will close on 11/6 for two weeks. Customers may board/exit at an adjacent stop.” [Twitter, WMATA]

Nearby: Beyer to Host Impeachment Town Hall — Rep. Don Beyer (D-Va.) “is planning to talk impeachment at a town hall meeting later this month. [Beyer] announced today that he will be holding the event on Thursday, Nov. 21, from 7-8:30 p.m., at the T.C. Williams High School auditorium.” [ALXnow]